Home / Album Reviews / Single Review: The High Plains Drifters – “He Reminds Me of You” 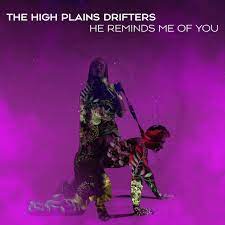 Single Review: The High Plains Drifters – “He Reminds Me of You”

There’s no shortage of chills to behold in the new single/video combo from The High Plains Drifters “He Reminds Me of You,” but if you ask me, the main source of this song’s excitement can be traced to its amazing vocal harmonies. Reminiscent of a classic pop/rock that sounds particularly warm in this crossover mix, the voices coming together to comprise the bedrock of this track are reason enough to give The High Plains Drifters a lot of praise this month, and it would surprise me if I were the only critic remarking as much. This style is authentic and familiar in the sense that all pop music should be, and the conceptualism in this latest release doesn’t impede the retro qualities the band has become known for at all.

The beat is as solid as a rock, but it never steals the thunder away from the lead vocal. There are a couple of moments in which it feels like the two elements are competing for our attention, but rather than this leading into chaos, it bodes well for the flow of the song. We’re faced with constant action around every twist and turn in “He Reminds Me of You,” usually balanced out by the anxious rhythm of the instruments of all things, making its vibe as geared towards the thoughtful indie rock intellectual as it is the danceable pop aficionado.

These melodic accents from Christina Benedetto are more streamlined than the rest of the track’s components are, but the abstract adornment not only works brilliantly amidst the eclectic arrangement, it makes the music feel as new school as it is old. It’s hard for a composition to exist in two worlds at once, toeing the line between aesthetics and genre classifications without rejecting – or adhering – to the core principles of either exclusively, and yet The High Plains Drifters are still managing to make it look and sound all too easy in this latest provocative release.

Those who have never heard The High Plains Drifters’ music before are probably going to have as strong a reaction to this single and its accompanying music video as any of the Norwegian outfit’s diehard fans will, and though it’s not the only interesting song in their catalogue of recordings, it could be one of the most cohesive while still retaining an eccentric identity. I wasn’t very familiar with the extent of their complete discography until just recently, but as I’m sure their intention was all along, “He Reminds Me of You” definitely roused my curiosities enough to explore what they’ve been doing in the last few years. They’re offering some amazing work here, and I sincerely doubt this track will be the last of their international hits.