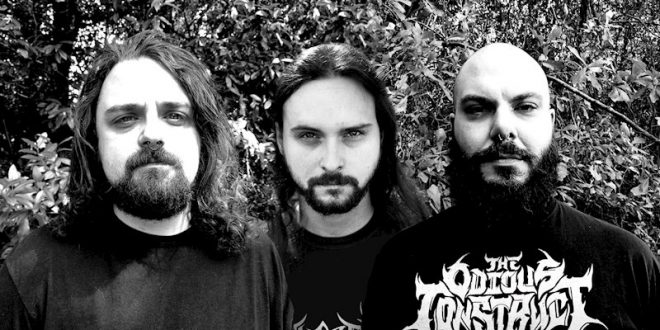 Unaligned is a technical death metal band led by vocalist Andrew Guia and guitarist/bassist Taylor Tidwell. While the two Florida-based musicians formed the band during the 2020 pandemic, their assiduous work ethic and creativity especially surged. The resulting effort was their debut album, Inner Dimensions, released in April of 2022, a collaboration implementing Texas-based drummer Jack Blackburn and several guest musicians. The album will see physical release on January 27th due to popular demand, and a follow-up album is in the works.

I caught up with Andrew Guia to discuss his formative influences, the central theme of Inner Dimensions, and what he has gleaned from the band’s journey thus far.

I come from a family who is passionate about all things music. I learned to sing at an early age, and by 13, had my very own Fender Strat guitar. I tried my hardest at learning all that I could. Because I was born with cerebral palsy, I had to teach myself an adaptive playing style. I learned to write and record my own music, despite these difficulties. In college, I started making great use of my writing abilities by reviewing music, as well as copy editing. I guess it's best to stick with what you know, while welcoming a fair challenge at the same time.
Previous FORTUNE CHILD Releases Official Music Video for “All I Wanna Know”
Next Fairshake Has Released Their Newest Track