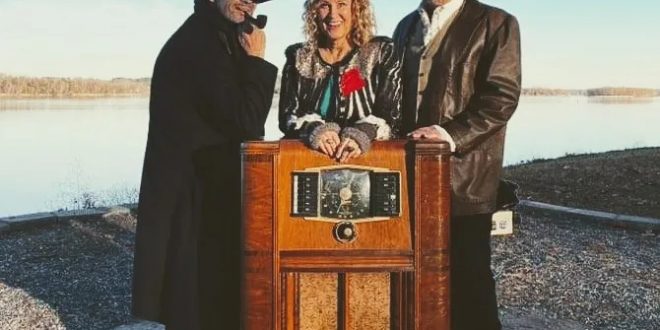 Ten Penny Gypsy, working with Sharpe Videography, purposefully filmed the video in black and white, with a reel-to-reel flicker, in order to celebrate simpler times, when the world seemed more innocent and peaceful. The video was shot on location on the Arkansas River.

ABOUT TEN PENNY GYPSY: Arkansas singer/songwriters Justin Patterson and Laura Lynn Danley had been writing and performing separately as solo artists for years when they decided to form the Folk/Americana duo Ten Penny Gypsy in 2016. Following the release of their self-titled debut album in 2017, Ten Penny Gypsy received three nominations for the 2018 Arkansas Country Music Awards: “Album of the Year,” “Americana Artist of the Year,” and “Vocal Group of the Year.” The group has since garnered additional Arkansas CMA nominations for “Americana Artist of the Year” in 2019, 2021, 2022 and for “Vocal Group of the Year” in 2019.

The appeal of “Fugitive Heart” is broad. It has spawned a #1 song on the iTunes Country Sales chart in South Africa (Your True You), and videos (Lonesome No More, Making Headway) that have medalled at numerous international film festivals. https://www.tenpennygypsy.com