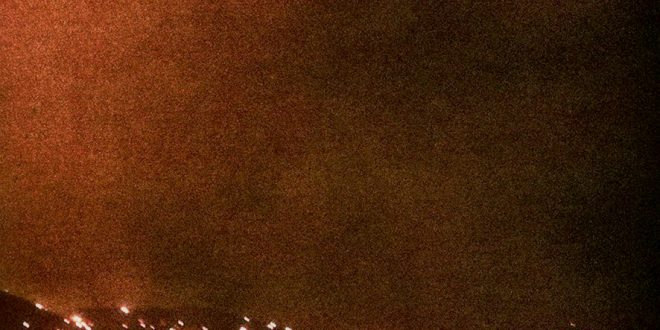 “Could you build an hourglass, and bend it in the dirt? Could you leave the world behind to see it in reverse? All the questions they offered me — all the embers in the see, they tried to follow me.”

These words kick off No Signal’s new single “Embers,” a deeply moving and profound piece of songwriting from a band still working on their sophomore album release — it’s clear from the jump that the single is juggling some heavy topics and the lyrics never lose themselves in the song’s production as they delicately balance themselves amongst the band’s perfect production and instrumentation. This is all heavy lifting for a band comprised of three musicians in their early 20’s (well, lead singer Riley Schmelzer is nineteen and drummer Nic Kubes is twenty-one to bassist Jake Demarco’s young age of twenty), and they pull it off without struggling and have been known to do so time and time again.

While “Embers” offers a new angle on No Signal’s overall approach to songwriting, it more than anything continues to carry the torch established by the band’s earlier album and EPs; trading in screaming vocals and thrashy guitar distortion for something a little bit more subdued and natural (as natural as vocoder vocals can get), No Signal has seemingly set their sights on their upcoming second full-length release to be their chance at taking a mature stab at the rock genre.

“Embers” is the only taste of new music fans have had since the group’s February EP, Venus, but even in ten short months, there’s a distinctly new level of maturity and craft at play. “Embers” takes Schmelzer’s lyrical prowess up a notch, and the choice to dial back the heavy production forces the trio to fine-tune their presentation into exquisite new highs; with the help of Grammy-winning mixer Brian Vibberts, known for his work with Michael Jackson and Green Day, No Signal metaphorically turned the dial up to the big leagues — anyone that listens to the single will agree that there’s something special at play.

“All the embers in the breeze, I tried to set them free — their limerence I see lying far beneath. Memories with eyes selfishly reside in the skies.” The bookend lyrics for “Embers” are outrageous, especially when considering that they were penned by a teenager, and doubling them with the single’s striking album artwork of Colorado wildfires (which Schmelzer also photographed) brings the band’s overall artistic presence to new highs.

It’s not every day that a band made up of members either not allowed or just barely allowed into bars will change the way you see the future of rock music, but the kids are truly alright. If rock music ends up sounding like this, or even strives to have some semblance of maturity to be shared with No Signal and this new direction they’re taking, we might finally be back to something great for the rock genre. I know I’ll end up eating those words when the main driving force in the future of rock is Machine Gun Kelly, but for now, I can live in blissful ignorance and simply listen to “Embers” on repeat.