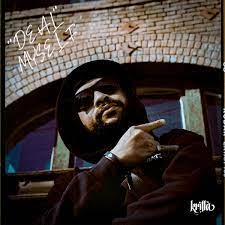 A funky beat. Melodies, strong and yet tame, colliding and fusing to make something entirely more enticing than anything I’ve heard in the top tier of the Billboard hip-hop charts lately. A tension that, while constantly swelling when we’re least expecting it to, is doing as much to make the release powerful as any of the relaxing components of this song are.

This is “Deal Myself,” the new single and music video from KRiTTA, and if you haven’t already given it a listen this season, I would think about doing so right now. A staple of a transformative rap underground, KRiTTA is making some waves in and around the international spotlight with this track, and it doesn’t take more than a simple session with its groove to understand what all the fuss has been about.

“Deal Myself” is one of the more funk-styled tracks in this scene’s recent body of work, but not because of any atmospheric aesthetic in the execution or structuring of the hook. The lyrics, the swing of the percussion, and the actual flow of the music are pretty urgent and adrenaline-spiked in a few spots; what’s pendulous here is the release of that aforementioned tension, which seems to trickle out from beneath the beat one frame at a time in the music video for the song. We’re pushed to the edge of our seats and made to stay there for as long as possible here, ultimately coming out of the tunnel only once that music has come to a complete stop.

There are no two ways about it – KRiTTA’s new single and its music video are straight-up anti-catharsis that suffocates you with funkiness only to leave you itching for more of its sinisterly addictive beats when everything is over and the dust has finally cleared. “Deal Myself” takes an old-school groove and manipulates it into something a new and wide-eyed hip-hop generation will be able to enjoy and inevitably bust a move to, and though it’s not the commercial meld of American R&B some might have thought it would be just based on the standards of his peers, I for one am happy it’s as much an individual as KRiTTA himself is. It will be interesting to see how mainstream listeners feel about this look, but from what I can tell about the artist himself, this is an identity he’s more than comfortable with – largely because he didn’t create it in the studio but has grown into it organically.