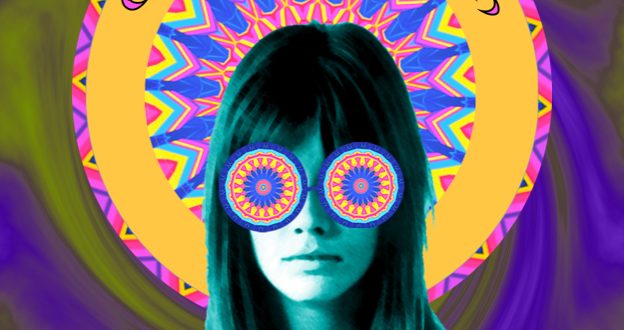 For indie pop fans, 2022 has been a truly epic year. All things considered, there’s never been quite as diverse an international scene as we’re seeing today, and in that spirit, potent upstarts like biGDream are making an impact in corners of the world previously inaccessible to their brand. biGDream’s new single and music video, “Everybody’s High,” picks up the pace from what a lot of their contemporaries in the realm of respected psychedelic pop syndicates have been playing with in recent times, featuring a message of tranquility and vicious vocal work from the top of the mix that has the potential to put this act in an even higher caliber of company.

While the lyrics in this track are delivered in a surreal tone that feels heavier than a ton of bricks there’s no hesitation nor stress in his vocal delivery. If anything, biGDream sound so comfortable in the studio here that their collective attitude verges on all-out swagger. They’re deftly avoiding the pitfalls of an arrogant performance in “Everybody’s High,” but there’s not a doubt in my mind as to whether or not they came into this piece with a lot of confidence in both the concept and the story they were trying to share.

I typically go for more of a bass presence in the psychedelic music I acquire, but I can understand why biGDream decided to go with a lighter low-end component for this single. There’s nothing worse than sonic excess where we don’t want it, and though I don’t think a heavier bassline would have necessarily put “Everybody’s High” over the limit, I see where – if the goal was to spotlight the impact of the vocal closer to the chorus – it could have seemed so from the band’s perspective. They were wise to play it safe in this instance, but I wouldn’t mind seeing them get a little more experimental with the instrumentation in the future.

I just got turned on to biGDream’s sound with the release of “Everybody’s High,” but I’m eager to see what they’re going to do with the style they’re intriguingly working with here. They’ve got a lot of charisma and heart, and if the video for this track teaches us anything about the personality of this act, it’s that it’s truly invested in all of the music they’re attempting to introduce to the mainstream. biGDream has my support, and as long as they keep chasing after hooks with the same adrenaline they do here, they will soon see even more love from around the industry.