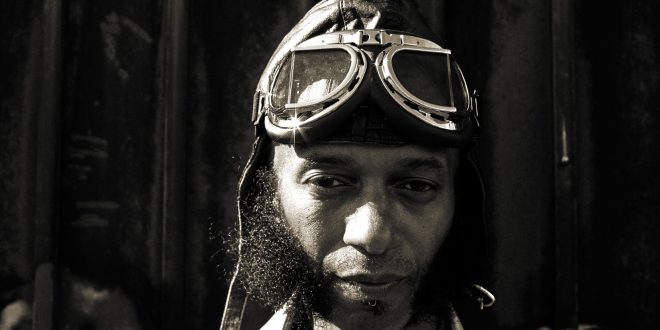 Soulful singer, songwriter, musician, and activist Fantastic Negrito has announced his brand new album Grandfather Courage, a re-imagined acoustic version of his acclaimed 2022 album White Jesus Black Problems. He previously offered fans a preview of the collection’s new version of “Oh Betty”, in celebration of its Grammy nomination in the “Best American Roots Performance” category. Today, he has released another taste of the special release with “Highest Bidder” (Re-imagined Acoustic Version), debuted with American Songwriter and shares, “If you want to take your mind, body and soul on a trip check out the re-imagined recording of Highest Bidder through the lenses of my touring band. At the time, I was listening to a lot of African drum patterns, and that definitely influenced this song. I’m trying to convey what I see when I walk down the street here in Oakland.”

Part love story, part history lesson and with acclaim spanning Pitchfork to NPR, the multimedia project tells the defiant tale of his seventh generation white Scottish indentured servant grandmother Betty Gallimore who was living in a common law marriage with his seventh generation African-American enslaved grandfather, Grandfather Courage, in the face of the racist, separatist, laws of 1750s colonial Virginia. Fantastic Negrito shares, “The incredible story of my seventh generation grandparents was so profound. I reimagined it through the lenses of my touring band. Please check it out unplugged unapologetic reimagined.”