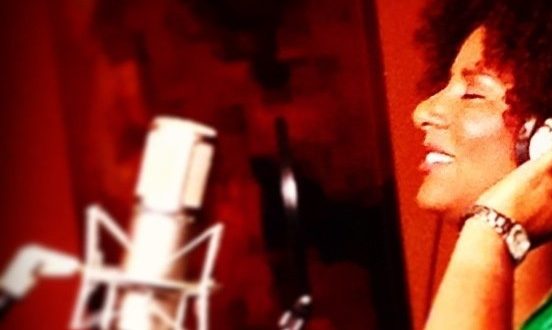 Joined by the incomparable spirit that comes with making something especially inspiring, the brilliantly poetic “Tug Of War” sees singer/songwriter Angela Moss Poole issuing an unforgettable vocal showcase this autumn. Boldly saturated with colorful tones that some artists would leave on the sidelines out of selfish insecurity, there’s no overstating how big a song this is for its creator. Several years after a new wave of gospel inelegantly rocked the underground, Poole is back with some of her best content to see widespread release in “Tug Of War,” and making a strong case for this being one of the smartest new releases in this scene today.

There’s not a lot of swing in the percussion here, but frankly, I don’t think we need any for the track to be danceable. Even before the admission of drums into the master mix, there’s a rhythmic energy shadowing every word Poole sings. When she comes into the fold, her supple harmony only amplifies the undersized groove developing in the backdrop. This is both balladic and supremely smooth in stylization, leading me to the conclusion that “Tug Of War” is probably the most well-rounded and multidimensional single anyone in this player’s underground circuit has released thus far.

The chemistry between the elements in the arrangement is off the charts good from the jump. It would be really interesting to hear Poole experiment with a song slightly less ambitious in compositional structure in the future; perhaps even an acoustic number comprised of similarly soft melodies. She simply has so much that she’s stirring out of the band here, and while I was already a fan of her pipes to begin with, she seems all the more on-point when paired with an arrangement of this particular caliber. This could be the start of a beautiful working relationship between artist and medium, and personally, I’m hoping it is.

If this song is just a sneak preview of what’s to come from the next chapter in Angela Moss Poole’s story, I’ll be eagerly awaiting her future studio dispatches for certain. There are a lot of great musicians coming out of the gospel underground right now, but if you’re looking to find something original and slightly more melodic than the status quo would typically call for, I think this is the woman you want to go see. “Tug Of War” is a great look for Angela Moss Poole, as well as the scene that gave her a professional start.