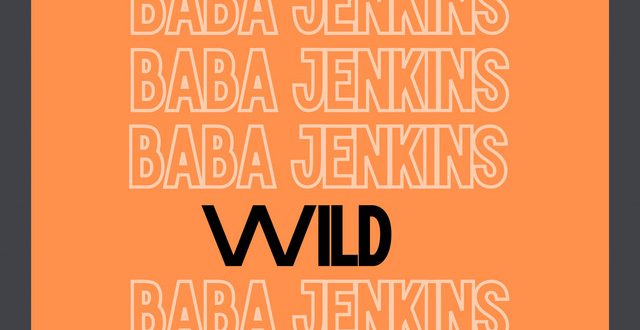 Stealthily rising from the shadow of silence, a staggered set of keys, winds, and a raging guitar element are waiting to produce the first few strands of melody that will act as our initial intro to “Wild,” the new single and music video from Baba Jenkins. Vocals aren’t even in the mix yet, but there’s already a sense of impending hedonistic catharsis starting to close in around us. The instrumentation is hardly smothering, but its constrictive structure makes it impossible for us to hit the stop button here. Jenkins enters the fold amidst a blaze that is already burning as hot as we can handle it, but the words he lays down in the next few minutes will make these first couple of bars feel rather mild in comparison. This is what it sounds like when soul and rock are united, and it’s truly inspiring.

“Wild” has a slow-motion swing to its percussion that makes the rhythm of the music feel like a pendulum, shifting back and forth as if to resemble fleeting mortality. The video for the track takes the mood of the melodies to another level, throwing in some charismatic shots of Jenkins and his supporting cast along with frames that make us want to step into the club with them.

There’s so much tension in everything stimulating us, and it’s all been deliberately put here to make us think a little deeper about what Jenkins is saying to us in this song through the essence of his mood and more.

Baba Jenkins isn’t idling in the fight to create eroticized passion in “Wild” – he’s putting himself at the forefront of the battle with the greatest set of weapons he could ever use in the studio. The beat, the rhymes, and the melodic faceting that give this single an added dose of charm are quite stunning, but getting beyond the brass tacks, I don’t think you need to be a music critic like myself to feel the honest emotion coming from Jenkins here.