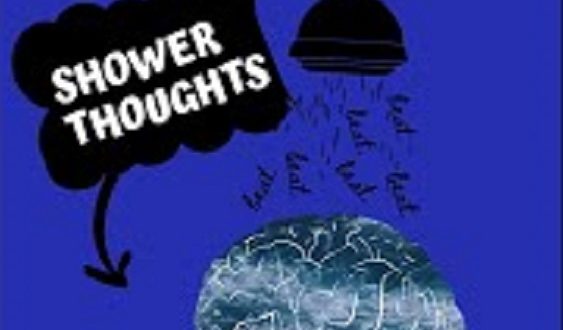 On the back of a surprisingly acrylic melody’s rollicking sway, a simple groove begins to form at the start of “Shower Thoughts,” the new single and music video from none other than young rising star Tamas Bulla, that will only grow more irresistible in tone as we progress through this three-minute pop ballad.

Only a few short seconds exist between our first making contact with the instrumentation in this song and the introduction of Bulla’s lead vocal, but in that time, a moodiness takes shape before our very ears that is entirely tangible thanks to the tuneful quality of the harmony, and the aggressive nature in which it’s being thrust out of the speakers and into the air around us, but rather than repelling the occasional modern pop fan, it invites all of us closer to the flash point of its charisma. He might be young, but this player is presenting a lot of soul in this single.

Bulla’s singing is at first as brittle as the string melody is, but as the drums find their way into the mix, it gains both size and strength in the blossoming blanket of harmonies.

There isn’t any excess fat on the guitars, nor is there a bloated bassline slithering around in the background as if to drag everything asunder into the realm of dirge pop (something I’ve frequently encountered when breaking down new singer/songwriter material, especially out of the incendiary American and European undergrounds); instead, there is only a stripped-down cohesiveness between the different elements here that sounds organic and anti-synthetic in every possible way. This artist has no room for filler in this single and its music video; in my view, he simply has too much to say to include such dribble in this latest release.

“Shower Thoughts,” our latest look into the capacities this player has when he’s in the recording booth, concludes with a lasting strum of bold melodicism that, despite fading into the darkness as quickly as it first appeared at the start of the track, is as powerful a statement as any of the words Bulla has just sung to us could be. Though I came into this review with some high expectations for Tamas Bulla, having been very impressed with what I heard in his earliest work, I’m pleased to say that it lives up to the pedigree set forth by its predecessors and his closest competition quite marvelously, and once you’ve heard it yourself, I think you’ll be inclined to agree with me.