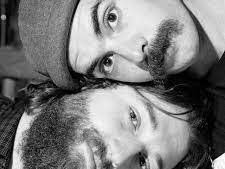 Set to a fury-inducing beat but entirely too lumbering to be considered a straight-up crossover, Locations’ “Moves” wastes no time distinguishing itself from the competition with a band of abstract charm separating its staring act and the audience he seeks to impress. Whether you’re listening to the song on its own or taking in the artsy music video for the piece, “Moves” is a surprisingly stimulating listen that, for better or worse, has a way of making a big impression on those within earshot well before it meets its actual conclusion.

The vocal is the pop center in this single while the harmonies are the backbone of every verse put forth, and though I think our singer is a bit excessive with the melodic charisma he tries to lend the chorus here, I don’t fault him for going this route at all.

For all intents and purposes, “Moves” sounds like an old-fashioned, radio-centric pop song – from a conceptual perspective – that has simply been reworked to fit the needs of an eclectic-minded millennial generation ultimately disillusioned with the relative straightforwardness of 2000’s alternative rock. It’s not the only release of its kind you can hear right now, but likely one of the only credible spins you’re going to get from a scene-based indie player anytime soon.

There’s still a ton of potential that Locations isn’t exploiting inside of the studio, but if there is anything we can learn from what they put out in “Moves” it’s that they’re not going to rest until they’ve explored most every angle of their sound (one way or another). I admire the experimental edge of this latest release, and even if it doesn’t score this act any points in the mainstream just yet, it undisputedly verifies their authenticity in the underground at the moment.