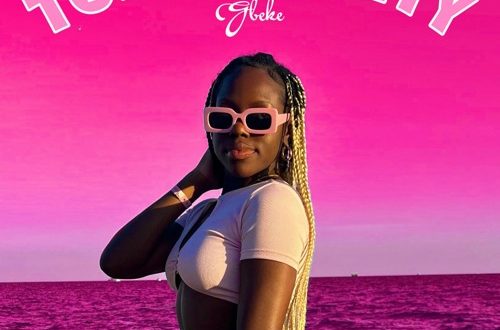 With a voice like hers, Gbeke doesn’t need to do much to make a simple single sound like something a symphony created, and this is true in the new track “Top Priority” and its accompanying music video, both of which are out now and available everywhere smart indie R&B is sold and streamed. “Top Priority” pushes a couple of creative boundaries that Gbeke has been nudging for a little while now in a lot of her most recent work, and though it might not expand on her artistic identity, it drops one heck of a powerful message on us in no uncertain terms.

As boldly cinematic as the song feels on its own, the irony of it is that the music video made and inspired by its lyrics is a lot simpler than the dynamics of its source material would suggest it should be. By choosing the minimalistic route on this one, I think Gbeke emphasizes how important it is that we tune in to the verses she’s putting together over any specific visuals that are being put in front of us; the symbolism isn’t lost on anyone being attentive to the intricacies of the music, and the imagery itself.

I love the lyrical awareness Gbeke has with the audience in this song, and to some extent, I think it’s what makes “Top Priority” sound so much more mature and focused than some of the content I’ve heard sporting a similar narrative has in the past few years. There are a lot of artists that try to use a crossover sound to dispense originality and come up short, but this isn’t the sort of metaphor-heavy affair that many have come to dread when hearing an artist is about to broach such territories. It’s endearing and unrelenting, a combination too often squandered in the pop genre.

Alternative R&B fans of all ages and backgrounds need to go out of their way to hear what Gbeke has to say in this all-new single and music video, if for no other reason than to hear just how powerful a voice and message this singer/songwriter can belt out when her heart is in the subject matter. The crossover appeal here is something a lot of critics are going to zero in on, but for me, the story being told and the potential of its teller is the real reason folks have to hear this in 2022.