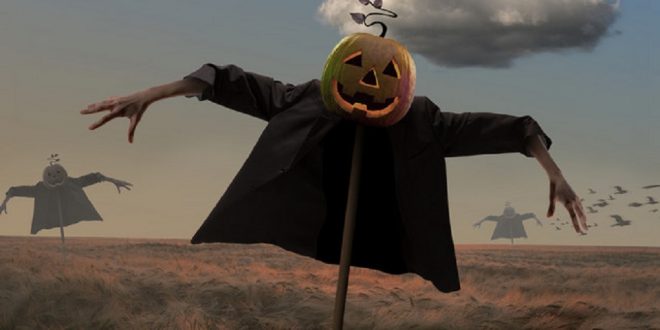 AV Super Sunshine’s growing discography is a rarity in modern music. Longtime fans of the Wisconsin-based performer will tell anyone listening that AV’s songwriting boasted remarkable appeal from the outset and has built on that appeal as time marches on. He further refined his musical vision and expanded the thematic framework behind his songwriting. The latter is a deft blending of offbeat subject matter and idiosyncratic personal reflection that never plays insular but, instead, shares universal resonance with his audience. His new single “Scarecrow” illustrates that better than any of his earlier releases.

It raises the bar as well. AV Super Sunshine has earned a reputation for convincing rock music since his debut, but he’s far from an one-trick pony. AV pivots with “Scarecrow”, however, and takes newcomers and longtime fans alike in a different direction. The new single has sharp teeth, no question about it, but its pop music inclinations are impossible to ignore. “Scarecrow” practically throbs thanks to a bevy of computerized instrumentation that never dilutes the track’s physical nature. It is flexing from the outset and supports that punch for the song’s entirety.

A smattering of studio wizardry layers Sunshine’s vocal but never so much so that it is overt. AV’s voice is more than sufficient for carrying the performance and he fills each line with whatever it requires, a straight approach, or a measure of dramatics to further drive home the song’s points. It is not a single that traffics in willful obscurity. Halloween is over, but it is obvious that the spooky season engaged AV’s songwriting imagination.

It engages his visual talents as well. The promotional clip for “Scarecrow” is another eye-catching video from AV Super Sunshine, a definite trait of all his work so far, and it capitalizes on the Halloween theme. There are several arresting images. The rocking chair with a creepy doll sitting in it and assorted specters are among the polished and colorful images included in the video. The clip relies on many customary video tropes such as fast jump cuts but, in the end, stands as a singular work.

It does not distract from the song. Take the video away and “Scarecrow” stays a powerful track. AV Super Sunshine has an identifiable style and mastery of fundamentals that shines through in every song and each new release builds on his body of work while advancing his art. He’s amassed a considerable and growing fanbase for someone who, essentially, flies an independent flag and earned notoriety on his terms, rather than pandering for attention and money.

We can expect more greatness from AV Super Sunshine. “Scarecrow”, however, is a new peak in a career full of such moments. He has not stopped moving, he is always creating, and the imagination and inspiration fueling “Scarecrow” is a clear sign his gas tank is far from dry. He sounds like he’s as ready as ever to conquer the music world and there will be many more triumphs to come. Let’s keep following him.