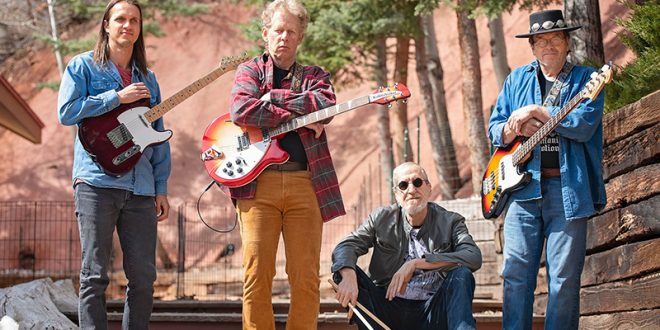 The band just released their new single “Destiny Road,” the title song from their debut EP 25 years in the making. Using Jefferson Airplane’s old 2″ 16 Track machine, The Manic Emotions had intended to release the album in the Summer of 1995. However, owing to several difficulties and problems that the band had to undergo, including bearing the brunt of incredible personal battles, the plan could not materialize.

“Destiny Road” was written by Gary about a dream he had back in 1996. “I could see myself in a dream state in Emerald colored hills far away. Also in the dream I met a world traveler and we fell in love,” shares Gary. “I woke up the next morning and immediately wrote ‘Destiny Road.'” The classic rock inspired track has an Allman Brothers meets Eric Clapton sound and musicality.

Years later in 2003, when one of Gary’s ski students had a bad crash and Gary was first on the scene to triage her injuries. Eventually, they developed feelings for each other, started dating in 2005. He found out later that his now wife traveled the world with her parents growing up, just like that dream he had years earlier.

“She lived in Saudi Arabia from around 7 years old until she would attend Prep-school in the US. She was first in her class and she had many offers for scholarships from colleges such as Georgetown,” reveals Gary. “Luckily for me the U of U offered her the best academic package and she already loved skiing, she decided to attend the U of U, where she is now employed as the only Biostatistician in the entire Cardiology Department. So there was my world traveler and true to my dream she was and is the love of my life. The dream: every bit of it came to be.”