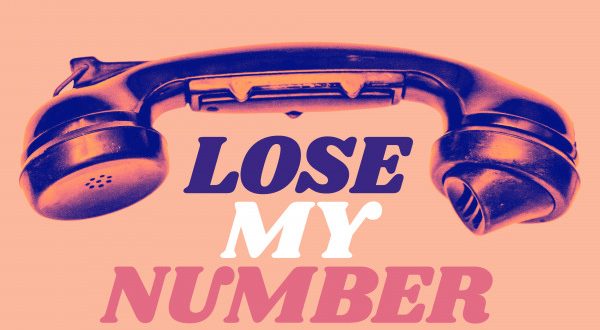 2022 has admittedly been a so-so year for new EDM, with a lot of American artists starting to fall back on the trends of the last few years instead of building on the exciting ideas those years had to offer.

However, in the underground annals that have produced some of the best content this genre has ever had to offer, young players like Joe Bermudez and Louise Carver are pushing forward, uninterested in what their peers may or may not be developing with their craft. Bermudez and Carver’s new song “Lose My Number” shares some of the same sonic attributes one would find in a more ambient-focused Soundcloud dance jam, it’s distinguished by its cerebral stylization more than it is the agility of its flow.

Right off the bat, it’s obvious that a lot of love went into designing this mix. Everything is tight; the bass is shoved into the percussion as though the two were always meant to be a singular seamless force, while the vocal is wedged into the eye of the storm like some sort of aural cornerstone, balancing all of the conflicting elements with ease. It’s wholly surreal in a way that few other EDM singles have been in the last month, but it stops far short of diving into the psychedelic-tinged territories that other artists have been so willing to explore.

Full-bodied musicality isn’t commonplace in this genre nowadays, which makes this a standout all the more. You’re not likely to hear another EDM track quite like what Bermudez and Carver are submitting in “Lose My Number” this autumn, and with any luck, this won’t be the lone collaboration produced between these two powerhouses before the year expires. After listening to this, I believe Joe Bermudez and Louise Carver have the skills to put together a full-length album without a lot of assistance from the establishment – after all, with experimental efforts like theirs, it often works better to leave the external figures out of the mix entirely.

This pair doesn’t need a lot of guidance in making something unique and original, and if they’re able to bring the same star-power presence to the stage that they do to the studio, they’re going to see a lot more success as their long-term career takes shape.