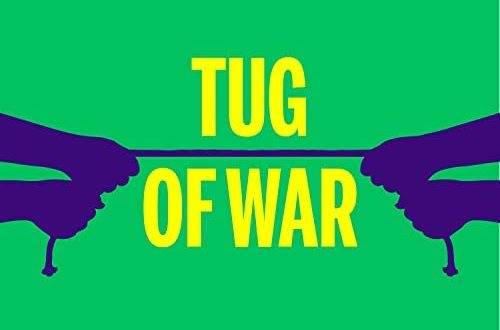 Stylized like a stealthy synth-pop ballad but boasting an ethereal, almost atmospheric selection of strings that are firmly in rock n’ roll territory, Joe Bermudez and Dana McKeon’s “Tug Of War” is a song audiences need to hear this October. Providing us with a great mixture of pop aesthetics and singer/songwriter-style emotionality as always, Bermudez comes together with Dana McKeon for a sensational collaboration not to be missed in this white-hot release, but vocal virtuosities aren’t the only appeal here. “Tug Of War” is an expression of surreal love, passion, and optimism for a brighter tomorrow, and it uses any means necessary – instrumentation, vocals, poetry, even production handiwork – to get its narrative across to anyone listening.

I adore the fretwork in this song, and in my initial sit-down with the music video, it was what made me fall in love with Bermudez’s material on the spot. The light overdrive on the strings emphasizes the heart he’s putting into the chorus along with Dana McKeon, and while McKeon’s melodic accentuation of the hook is breathtaking, it doesn’t overtake her command of the harmony at all.

Everything here has been stacked to keep us on the edge of our seats from beginning to end, and rather than trying to manipulate a single-threaded groove into a short and simple pop song, I think Bermudez was wise to get a little progressive with his composing here.

I wasn’t listening to Joe Bermudez or Dana McKeon before I heard “Tug Of War” for the first time this week, but I’m sold on their collective poetic eminence now that I’ve seen what it can yield in the right circumstances. Bermudez especially has everything going for him here – the vocal, the perfect partner, a heady rhythm he can straddle with ease, and a hook that can melt hearts without even trying that hard. There are a lot of different ways he could potentially bend his style to fit whatever artistic desires he has in the future, but for now, I think he’s got one of the sweetest approaches to modern pop music in or out of the underground scene.

Previous Single Review: Joe Bermudez and Louise Carver – “Lose My Number”
Next Mike Allen is Bringing Back the OG Sound of Synth