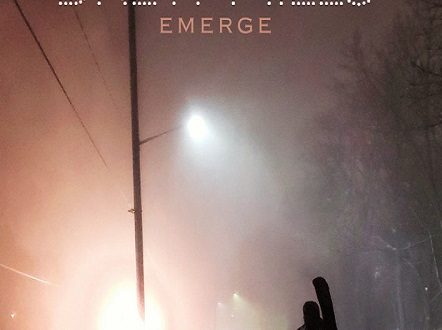 Lacking indulgent bombast and yet rich with the kind of elegant tonality I normally expect out of something much more elaborate in structure, Drew Mills’ Emerge wastes no time bewitching us with its charming intro track in “Soul Lover” before gently segueing into “Another Color,” each of these songs teasing the magic before us in the LP. While Mills is working with a broad pallet of colors, sonically speaking, some moments feel strikingly minimalist in this album, starting with the presence of ego and self-importance. This is a record that puts personality behind cohesiveness, and although this does not work for every solo outing, there’s a case to be made that it works exceptionally well for the kind of immersive experience our singer/songwriter is trying to cultivate here.

“Lose My Mind” and “Even Now” lack the tension we begin the tracklist with, but they don’t need it to impart a bit of melodic pressure to the listener before turning us over to the likes of an epic in “I Shoulda Known.” In a song like this one, and its neighbor “My Hurricane,” balance is achieved as much through the arrangement as it is the presence of Mills in the mix, which is reflective of what he can do with material when his heart is really in it. He doesn’t have anything to prove here, and yet he is pushing himself with the sort of intensity that we rarely see on the commercial end of the pop dial anymore.

I like the understated nature of “Bringin Me Down,” but it doesn’t feel quite as barebones in style as a piece like the title track does. “Emerge” strips away lyrical lustiness and replaced it with a cold demeanor that I think Mills could exploit even further than he did in this scenario, and given the potential he’s still got in his career, I think it’s safe to say we aren’t witnessing his peak capacity in the studio at all. Songs like “So Simple” are potently suggestive, and the harmonies that bind together the whole of this tracklist alone tell me that we could be hearing a lot of quality content from this artist in the years ahead – so long as his creative depth isn’t stunted by external influences.

Emerge wraps up with “Give In To Me” and a piano postlude in “Even Now,” and when these tracks reach the finish line I feel like the greater progressive undertow in this album becomes impossible for us to ignore. Drew Mills takes some bold creative shots in this piece, but his efforts never translate as artistic searching or uncertainty in any way. On the contrary, there’s a surprising amount of confidence sewn into the fabric of his experimentations, and I hope this is only a sneak preview of what his career has in store for us ahead. Compositionally speaking, this is one tough LP to compete with, and I don’t think Mills’ abilities as a performer are that far behind. He’s not holding back from us in any work we find in Emerge, but instead looking towards a future sound we’re getting a nice helping of in this material.