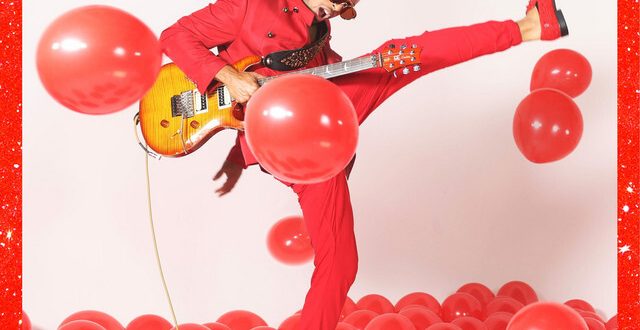 Contemporary pop videos aren’t usually known for delivering very much on the wow meter, but between the soundtrack and the surreal subtext of the video for Mychael Gabriel’s new single “Let There Be Light,” we were bound to step away from this release feeling more stimulated than normal. Gabriel’s sexy beats and retro rock-influenced, neo-soul melody set the stage up brilliantly before our singer deftly adds some definition with stirring vocals, and when matched with the fly-on-the-wall angle of the video’s visual scheme, we feel like we’re seeing a vibe unfold before us rather than simply looking at a visual concept piece flashing on top of a colorful backlit screen.

This singer could have turned the verses into an acapella and probably turned in a hit with “Let There Be Light,” but as he’s joined by the potent instrumentation, every word feels like a shot of adrenaline straight to our hearts. The background melody is contained within their lyrical cadence, but the hook never sounds like it’s in arrested development; quite the contrary. Because of the pressure this player can exert on the groove, the catharsis that his toned singing releases could be enough to send even occasional rock buffs into a hypnotic state of pleasure.

Though somewhat experimental from a cosmetics perspective, even calling “Let There Be Light” a niche alternative rock single wouldn’t diminish its mainstream accessibility and appeal. Mychael Gabriel is a player who has all the right chops to compose on an international level, and his precise manner of songwriting is exactly what his American rivals on both sides of the country could use more of, especially in the pop genre. I see him branching out of the underground and making a play for the top class in rock before we reach the halfway point in the decade, and I don’t see many critics listening to “Let There Be Light” and disagreeing with me.