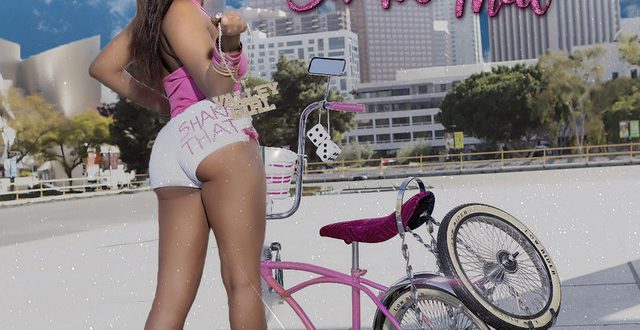 Single Review: Jazz From the Valley “Shake That”

A lot of artists have been looking to make their mark on the underground in incredibly creative ways lately – as is needed in a competitive culture – but if you’re looking for something reliably provocative and not as experimental as the stir-crazy crowd tends to get, Jazz From the Valley’s “Shake That” is the song for you. 2022 has battered us with one thing after another, all of it seeming to center on an endless sense of self-righteousness that robbed many in pop and hip-hop of their ambitions before they could even get started on a meaningful level, and in “Shake That,” Jazz From the Valley gives us the stiff reality that to get into something fresh with this scene, we have to get optimistic again.

The percussion here shapes the rhythm of the song with startling forcefulness, but I don’t think it’s an overly aggressive element for this setting at all. There’s a seamlessness to its integration with the master mix that I would love to hear a little more of on the mainstream end of the pop spectrum, and given the intensity of the lead vocal, this must not have been a very easy feat to achieve. Jazz From the Valley is becoming known for going the extra mile in her work, and in “Shake That,” she’s reiterating her disinterest in the sloppy sounds of a mundane commercial hip-hop songcraft.

In this single’s second act, the straightforward rapping helps to break up the compositional stress and make the conclusion feel all the more cathartic, and while it wasn’t totally necessary, it’s a good fit for Jazz From the Valley’s approach to the subject matter here just the same. She’s putting a lot of weight on the narrative here, and for me, this was essential in trying to create as authentic a tone in her delivery as possible. Lyrical substance and instrumental construction are interrelated in this performance, as has been the case for most successful pop tracks traditionally.

Fierce and confident in just the right ways, “Shake That” is a classy cut in the Jazz From the Valley discography, and whether you’re into her music at the moment or not, I’d recommend giving this song and its video a peek before 2022 is over. This fall has been significantly better for crossover pop-rap fans than the summer was, and as we start to see some light at the end of the tunnel with regard to the chaos we’ve grappled with as music fans in this past year, material like Jazz From the Valley’s could be the right soundtrack to bring us into a new day.

Tags jazz from the valley shake that single review

Previous SUMMER BREEZE OPEN AIR: EVERYTHING YOU NEED TO KNOW ABOUT THE FIRST EDITION OF THE FESTIVAL IN BRAZIL
Next Coming “600 Miles” with Presley Tennant