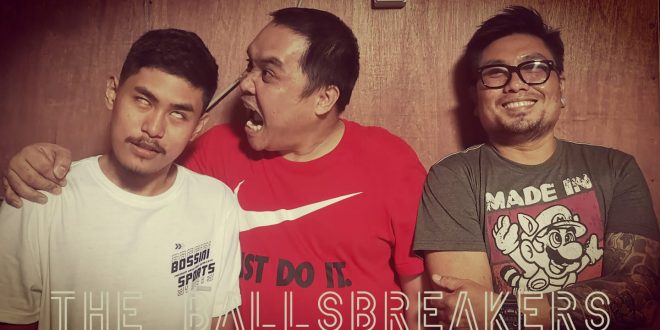 Back in October, Filipino outfit The Ballsbreakers released Life In The Tundra, the much-anticipated follow-up to their 2019 debut, Songs For Fredo (which made our top-ten list that year). With a wholly revamped sound and lineup, they continue along their traditionally meaty, introspective, and indeed, balls-breaking, approach. Following Life In The Tundra’s release, the band was recently selected for the second time to perform on the Wish Bus, a mobile concert series of nationally-broadcast radio station Wish FM 107.5. They also organized a successful weekend run of this year’s SIMFest (Sibagat Independent Music Festival) in Sibagat, Agusan del Sur, featuring well over two dozen emerging local acts, with alternative rock legends Yano as the centerpiece of the event.

Ballsbreakers guitarist Dodge Benigian II was available for an interview, and it was great to catch up with him since previously covering the band. Alongside our discussion of the new album, we touch upon other pertinent aspects, including his formative experience with both Western and Filipino music, his impromptu performance with Ernie Gancio of Yano at SIMFest, and what he has gleaned about his career thus far.

I come from a family who is passionate about all things music. I learned to sing at an early age, and by 13, had my very own Fender Strat guitar. I tried my hardest at learning all that I could. Because I was born with cerebral palsy, I had to teach myself an adaptive playing style. I learned to write and record my own music, despite these difficulties. In college, I started making great use of my writing abilities by reviewing music, as well as copy editing. I guess it's best to stick with what you know, while welcoming a fair challenge at the same time.
Previous Masterful Musician Sarantos Releases New Album and Surprise Holiday Single
Next Single Review: Done Wright “Aruba”