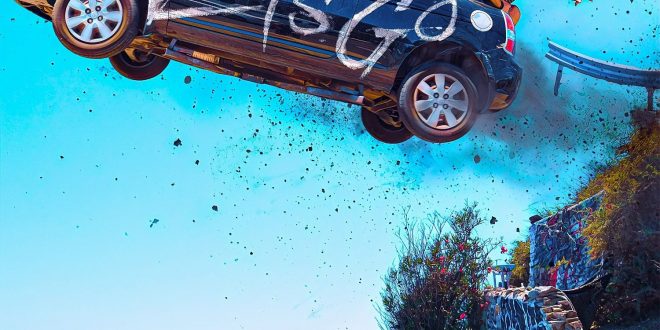 If you’ve followed alternative rock at all in the past five years on the underground level, you already know something about Of Limbo, whose reputation for distributing big riffs and killer beats alongside blue-collar vocal harmonies is building up a nice following on the left side of the dial. This autumn, the independently-founded band is back with a new single in “Let’s Go,” and although there’s perhaps never been quite as unique a time to be recording new music as the present, they don’t sound intimidated by the current climate; if anything, they sound energized by the competition around them. The arrangement and technical elements of the composition further demonstrate how committed this group is to making music that’s about more than themselves, and whether you’re an Of Limbo fan or not, it’s a release I’d tell you to go take a look at before the season is over.

“Let’s Go” definitely spotlights the relationship between its vocal and the riffs more than it does any of the other components in the music, but this doesn’t mean it’s not a streamlined track – I’d even say it’s one of the smoother numbers in this band’s discography. They don’t try to hide what their aesthetical goals are in this single; if anything, I think Of Limbo is producing something in their latest work that stands to reassert who they want to be both in and outside of the studio. They’ve got more focused energy with how the words are a direct extension of the music and vice versa, which is something that can take an entire lifetime to perfect.

The arrangement for “Let’s Go” is conceptually black and white, which allows for the natural color within the music to become the sole object of our affection. There’s a lot of substance to this song that goes well beyond the words, but the surreal imagery within the verses here is a nice added touch that doesn’t go over the top at all – the opposite, really. When we’re given a chance to hear the intricacies just within the melodic ascending and descending of the guitar melodies in this single, there’s no dismissing it as another release from a band whose formula hasn’t changed much since their salad days. Of Limbo have more to offer than that, and you can’t deny it after listening to this song.

This group’s second official LP isn’t out yet, but the buzz being generated for its release on the strength of “Let’s Go” has me eager to hear what it’s going to sound like in its totality. Quite a few interesting rock bands are emerging from the shadows of the American underground at the moment, but this specific act is proving that they have the stuff to keep up with anyone who wants to challenge their skills – if not eclipse them in a few areas of artistic maturity. There are still ways that I think Of Limbo is going to – and should – grow, but for what I look for in an unfiltered rock sound, theirs is a top-tier indie contender regardless of the material in question.