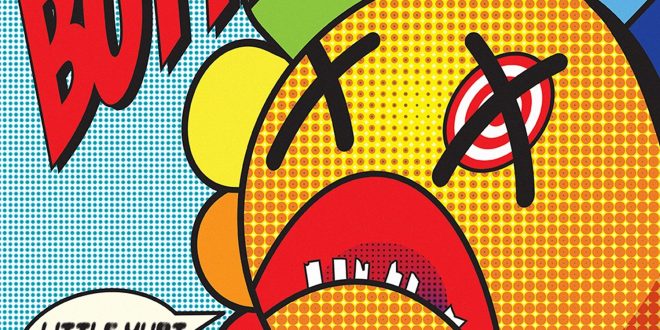 To say it’s been an experimental year for the pop underground at home and abroad might not be doing it enough justice, and in few tracks is this theme captured as well as it is in the new single “Buttercup” from Little Hurt. Featuring The Ready Set in a credible guest appearance that doesn’t overshadow the melodic vocal from the true star of the show here, “Buttercup” is a slick balance between the conservative alternative pop/rock of today and an elegant sort of retrospection of 2000’s rock I was surprised to find so enchanting. There have been a lot of quality crossovers making their way into the charts over the last twelve months, but in my opinion, this is one of the more intriguing to come out of the national indie circuit this fall.

I dig the mild postmodern accents in the instrumentation here, and although there’s a bit of a haze that follows the harmony more than it needs to, it doesn’t take anything away from the weight of the lyrics or the rhythm of the percussion. The beat in this song is surprisingly removed from the melodic flow of the other instruments as well as the lead vocals, and yet this never yields any sort of discord as we’re getting into the climax in the chorus. The release is smooth and pop-flavored, but at no point does anything here ever sound superficial or created specifically with radio play in mind. That’s essential to maintaining an indie status, and for what most millennial pop fans are looking for right now, this adds up to organically catchy music you don’t have to feel guilty about.

The Ready Set gives a fantastic contribution to “Buttercup” which might put the single over the top for a lot of people due to his tension-employing technique, but for me, the tone of his delivery is what makes his chorus here so hard-hitting in this song. I’ve listened to a lot of this guy’s work in the past, but I’m not getting a sense that he wants us to think about old school beats in this performance; it’s almost as though he’s tailoring this delivery, the punch if you will, to match the easygoing synth-pop melodies Little Hurt lays down so seamlessly. They play off of each other brilliantly, and given that one of the players is working with an entirely different approach to pop songcraft from top to bottom, this is no small statement to make.

Compelling for both casual and serious pop fans the same, I think what Little Hurt is continuing to exhibit in his work can only be described as inspiring and well-timed this autumn season, especially given the high demand for indie material similar to his at the moment. There are a lot of pop singers and crossover artists that have my attention right now, but if you’re looking for someone who can croon as well as he can spit melodic but nonetheless mighty rhymes, Little Hurt is among the only up-and-comers that I’ve run into over the course of 2022 that I would recommend checking out before the year has concluded.