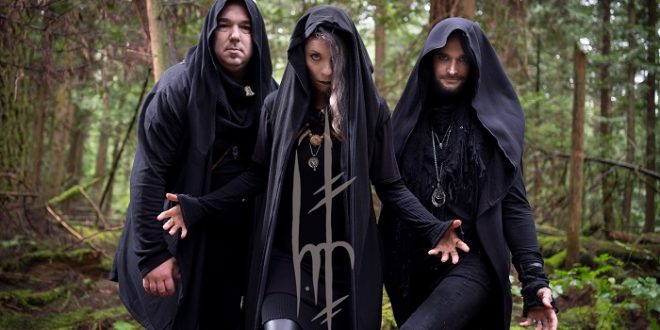 November 25, 2022 – “Elemental Cry” is the third single release from dark electronic folk band, Hem Netjer and appears on their upcoming album The Song Of Trees, scheduled for release at the end of February 2023.

“Elemental Cry” features themes of struggle, facing your fears and releasing your inner warrior to overcome odds. The song speaks from two different points of view; the verses from the warriors view and he chorus from the general’s view. The warrior will have to fight in a battle they know they can’t win while the general’s job is to support the clanmates so they can do the right thing even though they will not survive in the end.

The atmosphere, fueled by the lyrics is one of finding the strength within to be a part of something bigger. It’s the realization that there are no divides between those who work and call themselves family.

Lines such as “we are the land and the flame, the air and the waves speak our name” speak to how  your spirit and soul lives on in nature and the community around you when you are physically gone.

“Elemental Cry” is available on all major digital platforms including Bandcamp.

The music video for “Elemental Cry” was filmed in Vancouver BC Canada, in Lighthouse Park on the traditional and unceded territory of the Musqueam, Squamish and Tsleil-Waututh Peoples.