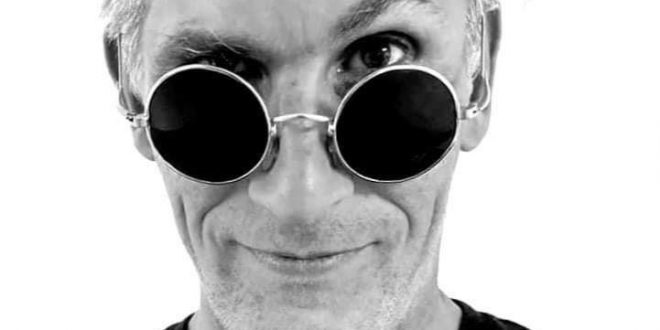 From the moment 5-year-old BOSCO got his hands on a guitar, his love and desire for making music emerged. He grew up listening to Johnny Cash and The Beach Boys on his record player and took to songwriting at 14. As he played and practiced, the rhythm and words would take control of him until he eventually completed a song. Now with years of experience going through the creative process from start to finish, BOSCO knows precisely how to go about crafting appealing instrumentals and catchy hooks. He did it with “Wicked Woods,” “Raven,” and “Brothers,” and he has done it again with “Lady Laces.” With its lyrical and visual storyline, it could be the best BOSCO project yet!

Every word builds this love song for “Lady Laces.” While we do not know who she is, it never matters because for BOSCO, “Lady Laces” is a love song to music – specifically, the music you can hold and own through records, an art form often overlooked in the present day. BOSCO lives on to appreciate that flavor of vinyl music coming out of a record player. He said, “Everything that happens in our lives can be tied to music. What a sad, sad world this would be without it.” That is the whole point of this single. Today’s music listeners don’t often collect physical versions of their favorite artists’ releases with so much music readily available a few clicks away, yet there is something more personal and intimate about connecting with the artist and their work via the old-school favorite medium. BOSCO continues to collect and revere records and record players for this reason, and this roots rock hit spotlighting his undying love for them latches onto your mind with a gratifying earworm chorus that you will subconsciously have on repeat after only one listen.

Within the first minute, BOSCO is texting a “record thief” to have her retrieve the record for the song stuck in his head. It could very well be “Lady Laces.” In between the clips revealing how she tries to get her hands on the package, he narratively sings “Lady Laces” to the person beyond the camera with his apparent passion. In the end, right around the key change, a couple of kids end up with the record – who are actually the executive producer Jared Sagal’s son and his friend. It represents BOSCO’s hope for the love and creation of music and the exploration of the arts as a whole to continue in the younger generation and those to come as much as possible.

How and when did you discover your passion for making music and songwriting? What made you want to pursue it more seriously?Well. I started playing when I was five. I’d say I began writing around 10 years old but began pursuing it more seriously at 14. I love music so much that I wanted to be a part of the crowd that created awesome music.What is your creative process, and how did it play out for your new single, “Lady Laces”?
Typically now I just find a combination of notes I like. Then keep strumming them until it becomes natural and the words start to come.What inspired you to write and produce “Lady Laces”? What is the song trying to convey, and what audiences do you feel it will resonate with the most?A lot of things really. To me women are the most beautiful creation on this planet. Music is also the most beautiful art form to me. Records have laces of music etched into them. Hence, “Lady Laces” was born.

What was your creative vision for the “Lady Laces” music video? What is the visual plot that plays out on our screens, and how did it tie into the song itself?

I always give Jared free creative license to make the video he wants. Everyone interprets songs differently.

You have worked with Jared Sagal on your past four music videos, including this one. Describe your experience working with him and why you respect him so much as a director for your songs’ visuals.

Because he is a man that constantly strives to be better. Set backs happen. Failures happen. But Jared pushes through. Always to the other side. He’s also a good friend and support system. A rare gem.

Do you have any other exciting projects or works in progress that your following can begin to anticipate and be on the lookout for?

Yes! We are working with John Farnworth on our next video. He is a Guinness world records holder in futbol freestyle The video is Jared’s ultimate best. I’m also acting now in Kevin Costner’s Yellowstone series and attending acting school.