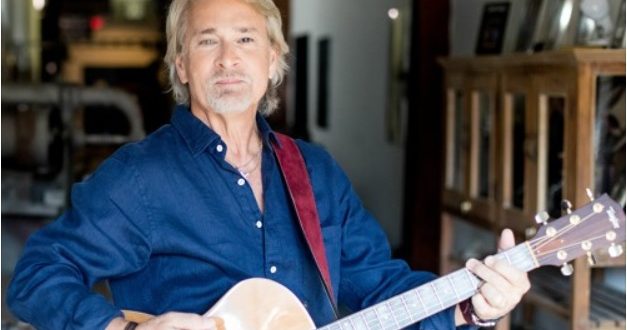 Country Rock singer/songwriter John Trescott Luis rebuilt his studio to conquer the
music world in 2019 after a successful career in Television with ABC. He restarted his
song writing passion first with Progressive Rock, then Singer/Songwriter, then Ballads,
then Blues/Torch songs and now the Country/Americana style with a great band from
Nashville. “Writing, Producing and recording all of the parts yourself can be really fun
but not nearly as exciting as bringing in friends and world class musicians! In the end
you use the best person for each part of the song, and sometimes that’s with someone
else!”

His most recent single, “MisUnderstandings” is a Country Rock song that sounds like a
mix of Tom Petty and Waylon Jennings. His voice has a Jackson Browne style with its
sultry and soulful presentation.

During his first trip to Nashville to record some of his songs with the band, he was
understandably nervous to be in Nashville and privately hoped the musicians wouldn’t
“laugh at this California guy’s songs.” They jumped in with “Stuck,” (the first song that he
was to sing) and seeing how the band nailed it, they jammed ahead with the rest of the
sessions feeling like a breeze. The nervousness was unfounded!

Back at his hotel room that night, he pulled out his guitar and started “messing with a
few chords” and immediately came up with the opening chords for what would soon be
“MisUnderstandings.” “I’ve learned that I come up with my most original ideas when I
just start playing without thinking, then grab a hold of the first ideas,” shares John.
After working on it, he builds the story of a guy and a girl up in a hotel room arguing
about nothing and everything but realizing they are just MisUnderstandings.  She’s Miss
Understanding and he’s Mr. Understood.

So far every song from John Trescott Luis has been completely different from the one
before in style and genre and yet all have been a powerhouse of musicianship and
songwriting. Not an easy thing to do in such a short time!

We are excited to see where John’s journey goes and can’t wait to hear what comes
next!

Stephen Vicino is the founder of MusicExistence.com. He created this site to give talented musicians a voice and a way to be discovered.
@@svicino
Previous The Backseat Lovers announce 2023 North American tour dates
Next Interview: Dymbur discusses new single “Back Home”, expanding internationally