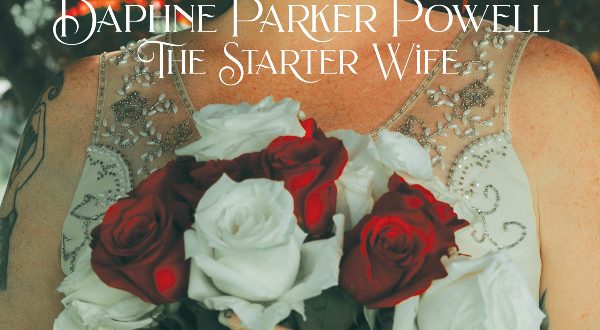 Breaking up is hard to do, according to Neil Sedaka. This is a song that Daphne Parker Powell probably felt all too deeply, as she composed her 6th studio offering; The Starter Wife (Pleasure Loves Company.) Having reached the finality of what she now sees as something of a doomed marriage, Powell has formally changed her name, freeing herself from any ties to a love turned cold. The healing process of course, was much more intense, and Powell has shared every step with us on her new album.

Enlisting Violinist, Kieran Ledwidge, Powell has been quietly shaping the sound for The Starter Wife for a time. If anyone is expecting an upbeat and animated record, then you’re going to be disappointed. There are frequent moments of silver linings for and around Powell, particularly in the depth of her lyricism. She also seems to sing slightly off time throughout the record, symbolizing a mild sense of detachment. Overall, there’s likely to be a barrage of Tori Amos comparisons, but Powell never gives into atmospheric worship like the former.

“Sentimental Pessimism,” Parts 1 and 2 aren’t placed back to back on record, but a few songs apart in a sort of reprise. Part 1 is more fully fleshed and thorough. It’s a highlight of The Starter Wife, sporting a bit of a Country/Americana template. Not to be outdone, Part 2 is considerably shorter, but no less memorable. The timid shadow shortened/by the reckless rising sun is the epitome of pessimistic poetry.

Powell nearly seethes as she delivers “The Starter Wife.” Her anger is more palpable here that any other point on the record. She makes less than a deliberate attempt to mask her bitterness, and viciously decrees, I am not a starter wife. The rhythm on this one is propulsive and addictive, playing out as a sort of irresistible loop. “Ghosting” is visceral and visual, boasting some of Ledwidge’s most suspenseful work. This is likely to be something of a sleeper track that becomes more of a favorite with each passing listen.

“Enough To Kill” is the longest track on The Starter Wife, coming in at just under 5 minutes. Powell generally isn’t over indulgent, and this piece feels long but doesn’t drag. Once again, Ledwidge is featured here, and brings an international flavor to the piece. Powell plays small and almost mumbles a bit on this one. She’s hit a place where her anger has subsided a bit, and she’s left with a dull sense of indignation.

You could almost label The Starter Wife as a concept album, as it weaves a cohesive narrative from start to finish. Daphne Parker Powell is an American Singer/Songwriter, singing about the same things many others do. It’s her delivery and her blatancy that set her apart. She doesn’t emerge from this experience, hating men, or being particularly vengeful. She simply purges herself of the toxicity that she allowed another to inject into her bloodstream, via her heart.