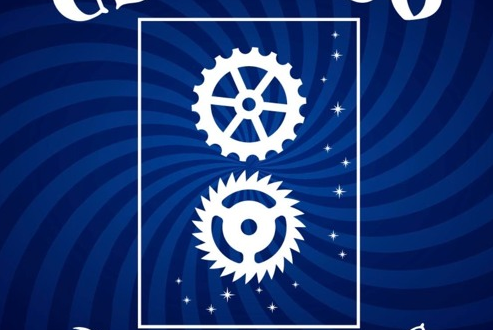 The area of music taken up by the rock genre these days is alarmingly small, at least compared to how it used to be. Instead of leading the charge and selling the most records, pushing the most boundaries, rock music has almost fallen by the wayside entirely. Indie rock has tried to fill the large shoes left behind by stadium-sized rock groups, but the mainstream masses seem far more content seeking out pop and hip-hop music than anything driven by a drumset and guitar. In the age of reunion tours (My Chemical Romance just finished theirs, Blink-182 just announced theirs), however, we might be on the precipice of a new era of rock music, and on that edge of rock stardom sits Eduardo, the indie rock artist that’s about to be on everybody’s minds and in everybody’s ears with his latest single “Time Machine.”

“Time Machine” is a send-up to everything I love about classic rock ’n’ roll. It’s got a sugar-sweet melody, a shredding guitar solo, and, most importantly, real instruments. It feels like a track far more into the idea of paying homage to Paul McCartney than modern rock acts such as Queens of the Stone Age, and the confidence of appealing to older sensibilities and stylistic choices makes the track incomparable in a modern sense. There’s a reason ol’ McCartney has been able to record well into his 80s while selling out massive arena tours, and it’s partially due to the fact that audiences want rock music that will give them an escape through sound and lyrics, offering a return to nostalgia-tinted years past. It’s convenient the most recent song to accomplish such a task is arriving under the name “Time Machine,” but sometimes the most obvious choice is the best one!

Eduardo’s music has been constant over his entire career, with his quality only improving from project to project. “Time Machine” functions as the musician’s first release since the pandemic, where we got the optimistic and perfectly-timed “Sunrise” in mid-2020, and it’s a brilliant step up from his previous releases with its flair for extravagant production and melodic choices. The way Eduardo can transition from “Sunrise” and its acoustic sensitivities to “Time Machine” and its far more electrically-driven exterior is a perfect example of his duality as an artist, something that has allowed him to continue creating unique music across the years.

It’s not like Eduardo can just walk in with a new single and declare himself the savior of rock, but through the quiet persistence and confidence he exudes, he doesn’t need to. There are bigger things at work than saving rock ’n’ roll, and Eduardo is on his way to reinventing it with the help of a wave of hard-working indie bands. All it takes is a guitar, a message, and the perseverance of an army, but with a little luck and a head held high, it’s more accessible than you’d think. Time travel isn’t necessary, but “Time Machine” will make you believe it’s achievable.