Home / Review / Single Review: “Leshen” by Anthony Sabatino aka “Moose with a Scarf” 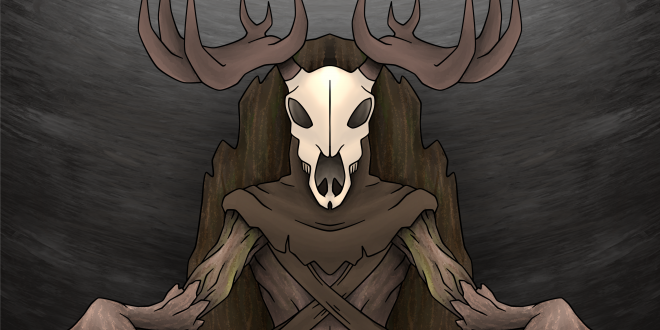 Single Review: “Leshen” by Anthony Sabatino aka “Moose with a Scarf”

With the release of “LESHEN”, Anthony Sabatino has brought forth a masterpiece that refuses to be constrained by the ordinary confines recognizable within the music industry. The release is a music single consisting of a medley of sounds artistically blended together to produce a manifestation of music unique to our Los Angeles and Kansas City-based composer and film producer/director.

The release of “LESHEN” brings a short film that captures its audience by force from the onset of the film and seemingly transports its audience to a gripping world of nail-biting while concurrently delivering intriguing sounds that leave the audience at the very edge of their seats. Anthony Sabatino has once again employed his craftsmanship which was nurtured at the renowned Berklee College of Music and USC. It is sharpened through the composition of music for over 100 different films, games, and television projects, to deliver an enticing music short film filled with captivating characters, a brilliant plot, and thrilling music.

The film itself begins as any other would within the horror genre. However, as the plot seemingly thickens, the unadulterated creative force of Anthony Sabatino, along with that of his co-director Christ Hackett, comes alive yet again to deliver sequence after sequence of pure terror coupled with a measured pacing that leaves one wanting more throughout the film. The sound during the film serves not only to set the tone but as a persona in itself with its hypnotic rhythm and unpredictable vehemence. The music encapsulates Anthony Sabatino’s passion for music, which has led him to explore multiple genres, specifically within the horror niche.

In “Leshen” you have got a new sonic phenomenon with the main attributes lying in its rhythms, that bass and the dark melodies as Moose With a Scarf rely heavily on the use of spatial atmospheres with the sometimes low-end frequencies and swing to articulate syncopated magic!

The primary theme creeps in with a smooth and delightfully rhythmic character that draws the listeners’ attention. There are a wealth of intriguing and twisting sounds and ideas, and you’ll be lost in the groove before you realize it.

“Leshen” is a sure-fire hit, so now that your interest has been sparked, click the attached link to find out how much of an impact this song will have on you!

Catch Up With Moose with a Scarf on https://www.instagram.com/moosescarf/