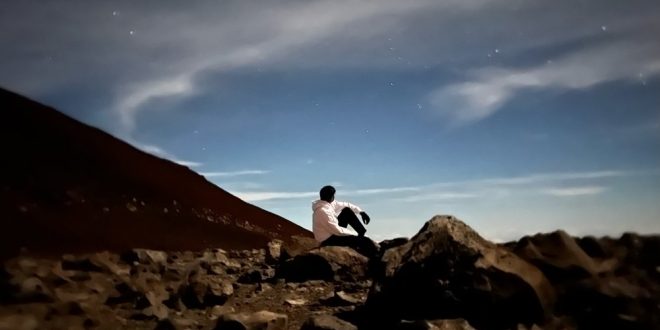 You may have heard Bollywood film soundtracks, R&B, and hip-hop because they at least are inescapable on any music show, stream, or channel. You could have heard DJs mixing styles on Twitch or live in clubs, and collabs of all kinds are a big thing these days, especially if the musicians want to have significant airplay.

However, Anizzy doesn’t need a collaborator, as he is perfectly capable of mixing the two distinct styles which have influenced him without any other assistance. The different sounds work very well together, the recognizably Bollywood melodies underpinning the R&B/hip-hop vocals effectively. It may not be the first match you think of when you consider either style of music, but Anizzy, brought up with both Indian and American influences, makes it work. Lil Naz X crossed boundaries with the country rap smash Old Town Road, so unusual mixed influences can work.

From India to America

Anizzy, real name Aniketh Sanjiv, has a unique outlook on music, as he was born in Kerala, India but raised in Houston, Texas. He absorbed all those influences and has made his sound as a result; he is totally him, totally distinctive. It was not easy, and it took him and his family a while to feel comfortable with his choices. He started making music at 18, but his family opposed his plans, wanting a far more conventional career for their son. Eventually, a compromise was reached, and Anizzy now combines a regular job with his music. He credits the influence of his mentor with helping him find himself and his sound. That mentor was the respected Dexter Raghunanan, the Trinidadian-born, Houston-based tabla player who died in 2017.

Anizzy’s latest release is The Return, which came out on 28 October. It’s his third single of this year, in advance of a planned EP release. Engineered by Dyllyn Greer of Houstonology Studios, The Return deals with Anizzy’s feelings as he ends a great holiday with his friends and faces having to return to that 9-5 grind. He laments his lot about returning to work after such a wonderful time away. Boring and mundane, that might be, but it does at least allow him the opportunity to pursue his passions, even if he’d rather things were different. We’ve all been there, which makes this song relatable. Anizzy often writes intensely personal lyrics, weaving in situations and feelings from his life, and The Return is no exception.

But if you think that Anizzy’s music will be unrecognizable due to the Bollywood influence, think again. The Return has all the usual R&B and hip-hop influences, including claps, hi-hats, and synths, with Anizzy’s vocals delivered in the typical sing-song R&B style. However, it is very listenable, even for those who are not necessarily big fans of R&B or hip-hop and need more knowledge of the Bollywood sound. There is a string-heavy melody, a light touch on the vocal treatments, and an unobtrusive snare-led backbeat. The Return’s composition is relatively simple and laid back – stadium-filling rock music this is not – but it’s more substantial than a drum, bass, and vocal. The harmonies are different from many R&B tunes, probably the most overtly Bollywood part of the song, and Anizzy’s light and wistful lyrics soar effortlessly, like the flight he’s describing. It has been called a fusion of sounds, and that’s an accurate explanation of how he brings two seemingly disparate influences into one harmonious whole. This is how to catch the ear of new listeners – do something unusual, something different. Don’t be ‘the next X’. Be yourself. Someone like Anizzy, brought up across two very different cultures, is ideally placed to be innovative in this way.

This is not Anizzy’s first foray into releasing music. If you check out his Spotify account, you will hear his last singles, Passion (with Willsir3) and Denver, and his seven-track EP from 2021, Fallen, which was also engineered by Dyllyn Greer. Fallen contains the songs Stargazing, Anizzy Life, and Shadow Trapped, and it’s only a few years since his first song, called Different. Together, these pieces have over 135,000 plays on Spotify, and the count will only rise as The Return makes its way onto playlists.

Anizzy’s recent singles all have similar covers. The artist is always alone, dwarfed by nature. Water, rock, and sky feature heavily, emphasizing that he is following his influences, making his sound. Indeed, for The Return, the cover photo suits the song’s subject matter. He’s looking up into the sky, that same sky he will soon ascend to on board his flight home. Those last few moments of an enjoyable holiday are always bittersweet. The final walk, the last coffee, the last, longing, look at the sea or mountains. Soon enough, normality will return, and within half an hour of returning to work it will likely feel as if you’ve never been away. Anizzy knows this, which lends his lyrics and vocals an extra layer of plaintiveness.

It can be complicated being raised between two cultures, as Anizzy has found, but the melting pot of expectations and influences can often produce something entirely original. Anizzy manages that juggling act well these days, although he admits it has not always been as easy as he makes it look now.

You can keep in touch with Anizzy on social media. 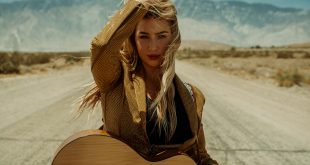 Finally the time has come for the young “vocal powerhouse” Presley Tennant, to officially begin …