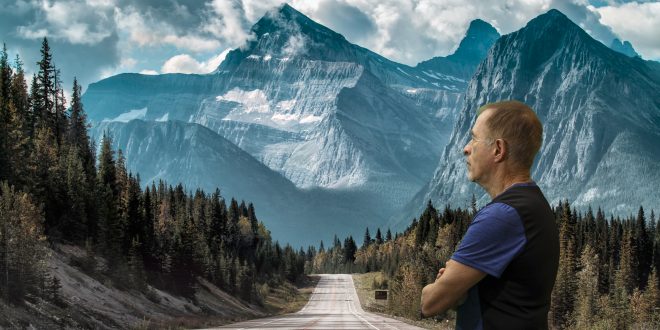 89
SHARES
FacebookTwitter
Tony Mantor is a highly regarded artist, producer, manager, and overall music aficionado. He recently released a music video for the AC-version of his track “Why Not Me”, which he shot in Nashville, with the goal of drawing attention to Autism awareness, acceptance and understanding.
Not only has Tony himself released Billboard and Cashbox-charting singles as a solo artist, he has also produced over 40 charting records on Billboard, MusicRow and Mediabase spanning genres of country, r&b, AC, pop and jazz. He has won several awards as an artist manager, and his expertise in the industry led him to take part of “The Session Players” in-studio documentary, produce on a tribute to Glen Campbell with his daughter Debby, host a documentary following Tom Cole about his brother Eugene, work on projects on the Grammy ballots, and more.
After COVID-19, Tony Mantor reclaimed his status as a solo artist, working on his first project since 1993. His country release, “Why Not Me”, not only garnered over 125,000 views on the accompanying music video, but made a large impact on communities around the world while paying tribute to first responders. And now, he has given the song new life, releasing an AC version to raise Autism awareness and acceptance throughout the world. We had the pleasure of talking with Tony Mantor about “Why Not Me”– check out the Q&A below!
Question: You say you knew you ‘needed to partner with another cause’ for the adult contemporary version of “Why Not Me.” How did you decide that Autism awareness was the right cause for this version?
Tony: Once I completed the “Why Not Me” country version for our first responders I did not have any plans for another song release. I simply recorded them for my own enjoyment. I finally decided to release it after receiving encouragement from friends I work with in the music business telling me it was an uplifting song that needed to be heard. So I decided to release it and pay tribute to our first responders.  It was a hit with many people around the world, so when it was completed, I thought that was it and I went back to complete recording my CD. I had no aspirations of anything else. I thought it was a one-time release. A few months later, a person who works with Autistic children in speech therapy asked if I would consider doing a project for them to help raise more awareness. After careful consideration, I decided to try to help them. So, I did not pick Autism. Autism picked me for this worthy cause.
Q: When you first wrote “Why Not Me” did you imagine it doing this much good for important causes?
Tony: I had no idea it would become an anthem for such great causes as it has. I actually did not write this song, although I wish I had written it. The songwriter sent it me to listen to, and after I heard it, I felt I had to record it on my CD. It was a very positive uplifting song about never giving up on your dreams, which is what I post on my social media most of the time. It was the perfect fit for me as an artist, and I was honored to get that message out there.
Q: As a veteran producer, what advice would you give to anybody facing the kinds of setbacks and rejections that “Why Not Me” discusses?
Tony: I tell all singers I work with to succeed in life, and the music business, they have to have thick skin and not let any setbacks deter them from their goals. It can be tough at times. Listen and learn. Network with those who can give good solid advice and encourage you to be your best. The ones who keep moving forward are the ones that have the opportunity to outlast those that quit. Never give up. Why Not You.
Q: Do you hope to continue partnerships with other causes through different versions of the song?
Tony: I have learned from the experiences I have been given from this song, to never say never. I tell everyone to do their best work because you never know who may be watching you and what may be around the next corner to either help you, or give another opportunity that you may have never thought of.  I did not have any plans with either of these 2 causes. They just came to me. I am very grateful they did, for it allowed me to meet many wonderful people that help so many, and I became very passionate about these great causes. I hope the partnerships I have gained from this have helped people see that anything is possible. So, I will always be open to another partnership, if it feels like it is the right thing to do. Right now, I am proud to do what I can for Autism awareness, acceptance and understanding through this new “Why Not Me” project.
Q: Can you tell us what it was like filming the videos for “Why Not Me?”
Tony: Filming both videos were very emotional. I had the opportunity to meet so many people in many different capacities, plus I learned so much about what they do. Going over the pictures and videos that were given to me for my videos allowed me to gain new friendships. It showed me how very inspirational people can be in this world. It was and is a tremendous honor to be associated with all those that go day to day in life doing things we take for granted. I am truly honored and humbled for the opportunity that was given to me to know them.
Watch the “Why Not Me” AC Music Video now on YouTube: https://youtu.be/MRIPkbLucS8
For more on Tony Mantor or his support for first responders and autism awareness through “Why Not Me,” visit www.tonymantor.com and follow him on social media @tonymantor.