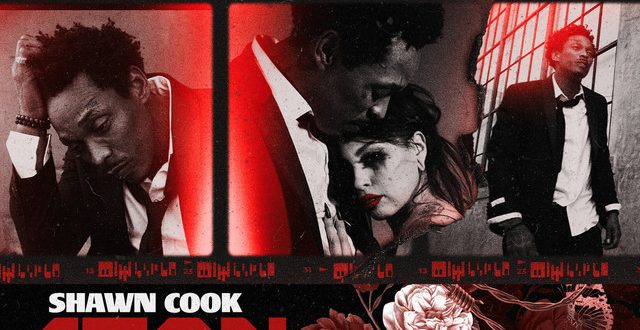 A formidable synth melody staggers its way into view against a backdrop of darkness in the first few moments that greet us in “Stay,” the new single from Shawn Cook. It doesn’t take long for this talented rapper, who is repping his scene like the whole world depends on his performance here, to find the beat in this enticing cocktail of modern R&B, classic West Coast hip-hop, and funky club rhythm, and by the midway mark in the song, he’s laying an infectious hook on us that isn’t steeped in the artificiality of a commercialized American mainstream sound.

His vocals draw us closer to the gargantuan groove that he straddles so expertly in this well-produced and subtly retro-heavy rap juggernaut, and if you weren’t feeling like dancing in the summer sun before giving this track a listen, I’m fairly certain that you’re going to be shaking your hips by the time it reaches its conclusion. “Stay” is a superb single from a truly unparalleled up-and-comer in this genre, and in the wake of its incredible buzz critics have started to describe him as one of the most important indie rap forces to watch this year.

Whether you are a hardcore rap fan or not is completely insignificant to your enjoyment of Shawn Cook’s “Stay,” because not only does the sexy beat make this an easy song to swing to no matter what your taste in pop music is, we’re actually able to feel the emotion in this performer from the moment that he begins to rap. He has a fluid style of attack that matches up together with this beat perfectly, and while there’s a good chance that “Stay” was designed with radio exposure in mind, it never comes across as halfhearted or disingenuous in its narrative at all. Both musically and lyrically, this is a track that gets its point across without any extra fluff, which isn’t something that can be said for the bulk of new singles I’ve been checking out this September.