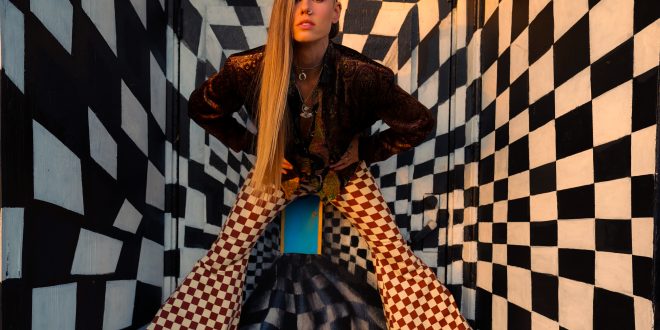 Lenni Revel is the outlaw country and anthem-like pop rock singer/songwriter, whose voice is unlike anything you’ve ever heard, earning comparisons to Stevie Nicks, Miley Cyrus, Fiona Apple, Norah Jones, and Lana del Ray. She is a dynamically expressive singer with a voice that spans scrubbed-raw soulfulness to deep, velvety tones.

Her newest pop rock anthem “Then Arise” is one of victory. The couple pulls out all the stops for this single, both musically and for the video. It was written by her husband and songwriting partner Robert Revel during a time of severe depression and self-judgment in his life.

The song is backed by a chorus. The use of the choir lifting Lenni’s voice to even greater heights than it does by itself gives you goosebumps. “It feels remarkably good to sing it. The organ kicks so hard throughout, like a reverberating hum that holds the space around the big anthemic drums,” says Lenni. “I wanted a bit of that gospel feel for this song, so we brought in an amazing gospel singer. Her voice was so immense, she sang the whole choir and brought goose-bump-power to each chorus. The song isn’t a velvet glove. It’s the kick in the ass that we all need sometimes to get back out into life.”

“It’s the ‘Sermon on the Mount,’ says Robert. It celebrates the power of the human spirit to endure. Lenni parades the message spectacularly in the video which the couple did by hopping in a converted sprinter van and lived in it for a month while driving across the country, shooting in 8 states and 22 locations. From Florida to California, Lenni can be seen in a Sargent Pepper like outfit, performing “Then Arise” on mountain tops, down a highway meridian, at a carnival, amongst wind turbines and many other scenes.

Stephen Vicino is the founder of MusicExistence.com. He created this site to give talented musicians a voice and a way to be discovered.
@@svicino
Previous SOCIETY 1 To Be Rejoined By Ex-Drummer DAGON DESTROYER On “EXIT THROUGH FEAR” 20th Anniversary Tour
Next Bad Mary tease new single “It’s All Trash” due out Nov. 8