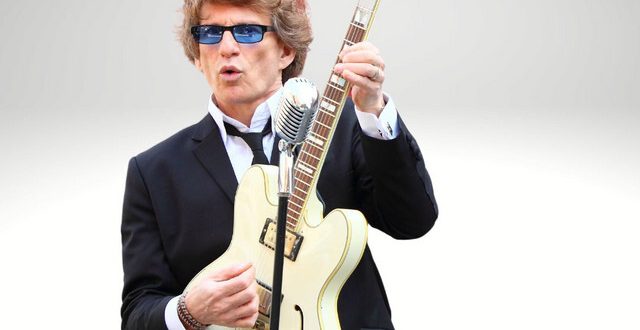 Interview: The Sound of Monday

1
SHARES
FacebookTwitter
The Sound Of Monday “The Keeper Of The Mood” (rock)
https://youtu.be/oaPau5CRtdc

It was 45 years ago when the smart, funny, and talented Dave Jay Gerstein — now making music under the pseudonym The Sound of Monday — wrote his first song. He was always immersed in the performing arts through singing in the school chorus, getting leads in high school plays, and carrying out a career as a comedian before his days as a musical artist. Influenced by the greatness of the early ’70s and late ’80s, his ongoing knack for conjuring words and, eventually, melodies turned into a passion worth pursuing seriously and investing in professionally. He has been passionately chasing after his showbiz dreams since he was seven years old. His previous release for “Hey, Inconsiderate!” was a pop-rock hit long in the works that made quite a few heads turn with its alarming relatability and snappy hook. His newest single, “The Keeper of the Mood,” follows suit with The Sound of Monday’s tongue-in-cheek songwriting and overwhelmingly catchy musicianship in a completely different style.

For starters, “The Keeper of the Mood” contains extremely poetic, imaginative, and fine-tuned lyrics showcased as soon as the first verse through the final chorus. The toe-tapping, body-swaying, jazz-soul instrumental comprises the groovy bass, hi-hat-driven drumline, and a splendid horn accompaniment. It also lets audiences see and hear a more personal and vulnerable side to The Sound of Monday than shown prior. Dave was holding on to an unhealthy relationship; now that she’s gone, the feelings from their time together remain, for better or worse. The song was initially inspired by a quote from Derek Taylor in The Beatles Anthology: “I was fueled by the certainty that … I had this other function: I was still representing, if you like, ‘the old days’. I think there are still people out there who linger on after the mood’s gone: the keepers of the mood.” That is the essence of the song, as all listeners are keepers of the mood from some unforgettable points in their lives, whether they want them to stick in their hearts and minds or not.

The visual story is not quite as clear-cut. Rather, Anthony Sabino directed this music video abstractly to artistically characterize “The Keeper of the Mood” and each line of lyrics. He utilizes The Sound of Monday’s character acting to represent how feelings can linger on, holding him and his attention hostage tied up in front of a static TV screen and incorporating specific props, effects, and imagery to epitomize his metaphorical and symbolic words. The black-and-white clips with him performing “The Keeper of the Mood” also fit the vibes and captivate audiences as he sings and dances along to this song and track.

Who do you consider to be some of your main creative idols, and how have their genres, sounds, and productions influenced your own?

The Brady Bunch taught me to be very wary of idols, lest one risk life and limb via tarantula-n-surf before returning ‘em to the creepy ancient burial ground.

Having said that, I’ll have to make an exception, ‘cuz I grew up in the 20th Century, the variety era, which supplied me with a rich pastiche of influences from the comedic to the musical, the whimsical to the edgy, all in a diversity of styles and genres. The great thing about those days is that you’d be exposed to all of ‘em, even those that came before your time.  There was a great cultural literacy that everyone shared.

Most had such a profound effect, though some more than others, and all of the stuff I’ve ever been into tends to have a sense of musicality and humor.  Even the comedians had great musical flair infused in their work.

I had a love of comedy very early on, and the likes of Mel brooks, Steve Martin, and Peter Sellers informed my sense of character driven cleverness, shtick and silliness.

I also had a passion for music from the beginning, and would listen to anything I could get my ears on, from my parents’ record collection, including Broadway cast albums, and a live Trini Lopez record, to Classic Rock radio, ranging from the 1950s through the ’70s. I was a teenager of the ’80s, and gleaned a lot of what came out of that era as well.

When writing or recording, I’m fusing the fantasies I’d had as a youngster about how Brian Wilson and The Beatles did it, with the reality of the way I want to express myself.  I was obsessed with the creativity I’d heard and seen, and compelled to create my own.

Such influences are the apparitious wind in my sails!

In what ways does “The Keeper of the Mood” showcase more range and potential for you as an artist when compared to your previous catchy hit, “Hey, Inconsiderate!”? How are the two songs different and alike?

I’ve always had an attention span that dovetails with an eclectic assortment of sounds and styles.

My friend, and this EP’s producer, Danny Weinkauf (They Might Be Giants), deserves lots of credit when it comes to showcasing said range. When we met through an ad I’d placed in the Village Voice (a hip NYC newspaper musicians used decades ago to seek band mates) in 1996, he’d responded because he was into all of the same musical influences, including The Beatles, XTC, Elvis Costello & The Attractions, and Aimee Mann—artists known for their versatility.

For each song, I was reacting to a feeling I’d had about something I’d read or experienced, respectively. As a result, each has a different vibe.

Talk about your inspiration for “The Keeper of the Mood.” What does it mean to be a “keeper of the mood,” and how does it relate to you?

In the mid-90s, The Beatles released “Anthology”, in which they (and their closest friends & colleagues) told their entire riveting story.

When things were falling apart for them in the late 60’s, and Lennon brought in manager Allen Klein, (to Paul’s dismay), it shook things up. Their Press Officer, Derek Taylor’s reaction held a sentiment that resonated with me. Moreover, his phraseology struck me poetic, relatable and to the point:

“Allen changed a lot at Apple.  He was a very big presence when he was in town.  He had an office right opposite mine, and it shows how crackers I was that I carried on as I was carrying on.  I wouldn’t do it now, I’d be far too nervous.  But I was fuelled by the certainty that if I was still employed there then I had this other function: I was still representing, if you like, ‘the old days’.  I think there are still people out there who linger on after the mood’s gone: the keepers of the mood.”

I took his line about being “keepers of the mood”, and immediately wrote a song about my flailing up & down passionate relationship at the time, (noticing how I generally hold onto the nostalgia of the past), and wrote what would become our latest single, “The Keeper of the Mood”.

What is it that you hope listeners take away from your latest release, and what is the ultimate story and message that you want them to connect with once they hear it?

I’d like people to connect with the idea that we’re all time machines dressed as human beings; our minds can travel into the past, as well as imagine the future.

I ultimately just want them to enjoy it. Whatever they take away is cool with me, but sure, if they connect with my original meaning, that’s just boffo socko! (…though not necessarily peachy keen).

In all forthrightness, I also hope it intrigues them to trip down the rabbit hole of my diverse and voluminous catalog. That material comprises a rich part of my inner time machine.

How does the music video visually represent the lyrics in “The Keeper of the Mood”? What was it like filming?

Anthony Sabino at Red Lamp Media took each line of the song and conceptualized the corresponding visuals in his own creative mind’s eye.

He knows I’m a character actor and into playing various roles, so he asked me to portray everything from a bad mime to a diabolical scientist in order to bring his awesome vision for the song to life.  It’s always a kick to collaborate with creatives who have the imagination and skill  to create something new you couldn’t have done so well on your own.

The shoot took place one long day in and outdoors of their music studio, a school called The Rock Underground, out on Long Island.  It was exhilarating and exhausting, in and out of costumes and personas, though it’s a lot of fun to play make-believe.  We had a lot of laughs.  Then, I think they did some special effect pickup shots as well when I wasn’t around to fill in some of the video’s cutaways.

As part of your band new EP, Quick Ear Warmer, how does “The Keeper of the Mood” fit in the overarching theme? What is next in line for The Sound of Monday fans to expect next?

These tunes were written off the cuff to quickly warm your ears with their J’Blammo Pop (our own genre!) vibes!

The themes have to do with what I was writing, thinking and feeling at the time–uncertain, angry, wistful, effervescent, verbose, and happy-go-lucky with a whimsical filter, (no surprise that my birth chart depicts a Scorpio sun, Aries moon and Gemini rising).

I’m currently in LA (that’s Los Angeles, not Louisiana), recording an EP of covers to support the amazing success we’ve had with “Spiderman Theme” (over 6 million streams and counting!), producing more originals with Danny Weinkauf, as well as with my pal, Brandon Wilde (This Way, Black Bunny), who I also collaborated with on our Christmas single, Mistletoe.

Fans can always expect a copious serving of fun and surprises with a deeper more serious core–kind of like an Everlasting Gobstopper!

Tags Interview the sound of monday