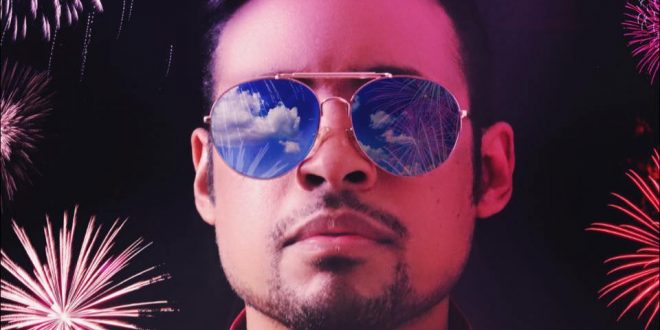 Genesis is more than just the start of something. It’s the beginning of everything. After Genesis, anything is possible; before Genesis… well, there is no before Genesis. And how does the tale of Genesis commence? With a single utterance, a speech-act that transforms the cosmos. “Let there be Light,” and light is summoned into being. The rest, quite literally, is history.

Singer, songwriter, producer, and fire-starter Mychael Gabriel’s story is unique and compelling. His story begins when his parents met during the Prince’s historic PURPLE RAIN World Tour. Mychael’s father, Gilbert Davison was part of Prince’s personal security detail on the Purple Rain tour and eventually became Director of Security, Prince’s Manager and President of Paisley Park. Mychael’s mother, Connie, was Sheila E.’s road manager and co-lyricist. Mychael is also Sheila E.’s co-producer, lead guitarist, studio engineer and collaborator. This Minneapolis-grown singer and songwriter is bent on exploring the never-ending sonic space that is music. A multi-dimensional artist in more ways than one, Mychael Gabriel is on a mission to break the barriers of what is and what could be. His unique creativity is in a constant state of evolution and innovation, guaranteeing that each new release spells an experience unlike any other. Mychael’s music has been recognized as infusing elements of the Minneapolis sound with a guitar style of Jimi Hendrix and dynamic vocals.

Mychael is too humble and devout to liken himself to the Almighty. But he, too, is engaged in the act of gainful conjuration. He plugs in, turns up, and, suddenly, all possibilities open. “Let There Be Light,” his new single, is a statement of purpose and a momentous introduction; it kicks off the Genesis album which in of itself, is a biblical allegory, drawing back the curtain on the universe. It’s a little Creation: a thunderclap, a propulsive beat, a scratchy guitar riff, a committed vocal. Throughout, Mychael Gabriel keeps one eye on the dance floor and one eye on heaven.

“Let There Be Light” is also an opportunity for the Minneapolis artist to showcase his formidable musical talents. He’s a funk master, sure. In the long tradition of Twin Cities popular music, Mychael adheres to no genre while respecting all styles. It’s rock, soul, R&B, blues, and gospel all at once, and the star crowns the song with a solo reminiscent of the fearless six-string masters of the Seventies. Like all the songs on Genesis, “Let There Be Light” could be a chronicle of spiritual discovery — or it could simply be heard as words of encouragement, inspiration, and an entreaty to all of us to be the best and most energetic versions of ourselves.

Speaking about the song, Mychael Gabriel says, “‘Let There Be Light’ was like the awakening moment of a musical and spiritual journey that became the Genesis album. I really wanted to start the record off with a bang. When inspiration finally struck, it hit hard. I was able to write this song in about thirty minutes. Concept, story, purpose, and vision were such an integral part of this record as a whole. That is the common thread which I feel makes the whole multi-genre idea work. You need to have a compelling story to tell – and that’s what I set off to do.”

As befits a video for an incendiary track, the “Let There Be Light” clip finds Mychael Gabriel dressed in red from head to toe. There’s nothing infernal about his presentation, though — he’s just a spirit of illumination and an embodiment of vitality, spreading joy and good news. Gabriel puts his formidable multi-instrumentalism on display, sitting at the drums, cooing into the microphone, and slinging the electric guitar around his neck and wailing. When he kicks at a floor full of red balloons as he’s playing, he generates a perfect visual metaphor for the flurry of notes that come from his fingers. He’s a force of nature and a font of creation, making waves wherever he goes.

When and how did your musical journey begin, and in what ways was it shaped by the people around you?

My parents met on Prince’s “Purple Rain” World Tour. My father worked in Prince’s camp as personal security and later as Prince’s manager and President of Paisley Park. My mother was Sheila E.’s road manager and co-lyricist. To say music has always been a cornerstone in my life would be an understatement. It’s more of a FIRST language to me. I’ve always had an affinity for songs and songwriting – even at a young age. I grew up with really supportive parents who noticed this and responded by having every type of musical instrument in our house. Guitar had a special place in my heart from the beginning though. In this pursuit of music, I’ve been blessed to have worked on a vast number of project with a some incredible musicians and music legends. I try to take something positive from each project I’m a part of, because every new experience continues to shape and mold the reality of this journey I am on. I remain open to continue to grow and am filled with gratitude.

Considering you have walked and explored many paths of the music industry at this point already, what are some of your proudest moments as a singer-songwriter, producer, arranger, engineer, mixer, and/or musician?

My proudest moment is the one I am living right now. I’m grateful for everything that I have done and everything I have been able experienced up to this point – I recognize that it is a huge factor that has brought me to where I am today. It’s important to have gratitude for the moments in our past that have helped shape and mold us and it is essential to plan for the future, but so often we are in pursuit of the top of the mountain, and forget to appreciate the journey we’re on in the moment.

What does your creative process generally look like, and how was it executed for “Let There Be Light”?

I write and create with the idea of “feeling” and “sentiment” at the core of everything I do. That can manifest on all sorts of ways. For “Let There Be Light,” the guitar riff came first and I immediately knew I wanted the song to have a sense of high energy and charisma about it – to me that’s what 1970’s rock “feels” like. So I ran with it.

Why is the concept and story for “Let There Be Light” important and personal to you? What is it about the song that you hope resonates most with audiences?

I love polysemantic story telling – stories with two or more meanings. The word “Genesis” as well as the album means “origin.” It speaks to the beginning of a larger journey; it also speaks to my origin in terms of sounds that have inspired me to become the musician I am today. From an allegorical sense, “Let There Be Light” are the first words that God spoke in the Bible. The song itself is meant to be seen from the perspective of an Almighty Creator. To me, “Let There Be Light” was the best opening statement for the concept of the record as a whole. Taking this into account, the biggest takeaway for the listener, is to speak with an internal voice of confidence, inspiration, and reckless abandon. Awaken the Light in oneself.

Talk about your creative vision coming to fruition in the music video. What does it showcase about you and your art, and how did you react seeing the finished product the first time?

Having a clear concept for the album and single assisted in everything we needed to do creatively and technically for the shoot. I remained heavily involved in all aspects of the music video from beginning to end – including the edit and post-production. You can’t help but have a sense of pride in seeing your ideas come to life – especially in a tangible, visual way. The visual narrative was a good marriage to the lyrical content of the song. The edit translated the high energy the song required. Seeing the final for the first time, gave me and my team a glimpse into the prospect and possibilities of the future. It was a great feeling.

What can Mychael Gabriel fans expect from you next?

I have always envisioned the album being just as much a visual experience as an auditory one. There are more music videos in production to tell the story of the record. I am wrapping up a Deluxe version of the “Genesis” album to include additional songs, extended versions, and remixes. I’m currently on tour as lead guitarist with Sheila E. and you can expect to see me touring these

Previous Interview: The Sound of Monday
Next Live Review: Eliza & the Delusionals at the House of Blues in Boston, MA. (11.2.22)