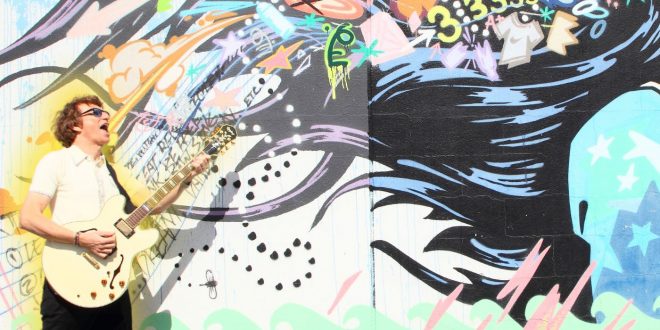 Together as a band, The Sound Of Monday utilizes every second of their new song and music video “Hey, Inconsiderate!” to crater us with their commanding presence in the studio, which by itself transforms these basic beats into little bits of catharsis that sway like a tree branch in the wind. “Hey, Inconsiderate!” is a product of surreal songwriting and cosmic chemistry, and it’s a gem not because it flouts the rules, but instead because of the way it’s able to manipulate them in real time.

The guitars are bright and chirpy, which adds some warmth to the vocal track and makes the words seem all the more intimate and vulnerable. This piece is all about its pleasant, honest poetry, but I probably like this song more than the others coming out of their scene because of the way it highlights the singer’s ability to gel with the melody of the strings to the point where it’s hard to differentiate one from another when the adrenaline is pumping at maximum capacity.

The bassline is muted in this single, but it still has an important place in the structure of the song. The drums have a bit more treble on them than I would have gone with, but the bass evens out the playing field so that when the vocal comes careening into the spotlight it doesn’t sound eclipsed by the rattle of the swinging percussion.

There’s a lot of action going on in the percussion here, and even through the excessive treble on the cymbals, the beat sounds as put together and focused as anything else in this track does from a player’s point of view. This band continues to surprise me with their evocative techniques, which aren’t just setting them apart from the other indie bands on the underground circuit at the moment; they’re actually giving The Sound Of Monday a credibility with American audiences that most artists would consider to be the most coveted in all of the music world.