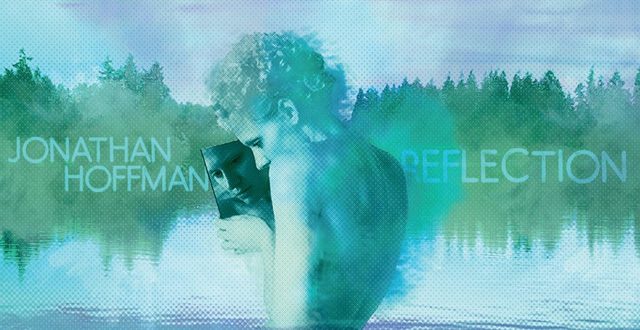 While not every song is capable of capturing the identity of its composer in a singular melody, as much can be said of Hoffman’s “Reflection.” The newly solo indie rock phenom is sporting a new look in this song, but at the epic climax, he comes across as more genuine and vulnerable than he’s ever sounded before. “Reflection” stylishly frames emotive lyrical nattering with sizzling guitar harmonies, not only employing Hoffman’s trademark vocal to evoke strong reactions from listeners but a boldly crafted string arrangement as well.

There’s a lot to the percussion present in “Reflection,” though cursory examinations of the track may not suggest how complex and intricately faceted it is. The rhythm of the song is only implied at first; when the drums join us, they’re as soft as a synthesized melody glazing over organic bass play. This isn’t to discount their authenticity; their robotic, almost cold makeup emphasizes the burning passion in Hoffman’s voice, especially in fever-pitch moments like the chorus. Around the end of the song, it abandons its casual attitude in favor of jumping right out of the stereo to tug at our heartstrings. It’s startling, but not jarring, and perfectly culminates all of the emotion in the song instantly.

There’s no need for debate on this one; “Reflection” is a slab of superb songwriting from a young sonic workhorse who is well on his way to superstardom.  Hoffman has a lot going for him as he enters this next chapter of his life, and though he’s only a young man and still managing all of the daily strife that comes with being an American musician battling out of the underground, he exudes a very mature grasp of humanity and understanding within his music that deserves to be highlighted for the gem that it is. Don’t waste your time wondering; this story is far from over.

Previous Embers has released his new EP
Next Single Review: The Sound of Monday “Hey, Inconsiderate!”