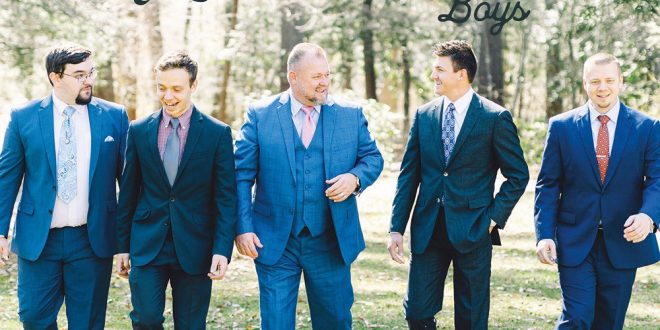 The King James Boys didn’t intend to ever be touring and making albums for the faithful or plain music fans. Their five-piece performances began as church-only affairs with zero intention of ever moving their talents beyond that sphere. The obvious chemistry they shared as musicians and fellow believers, however, led them to consider the possibilities that they should venture afield from their church home and share their God-given talents with anyone who wanted to listen. Walk on Faith, their latest album, is their new offering.

The collection begins with a memorable one-two punch. The title song and “The Devil’s Not Afraid of a Dust Covered Bible” serve as notice to listeners about the band’s faith and that it will play a central role in these songs. They don’t browbeat listeners over the head by castigating sinners or evangelizing; these wouldn’t be entertaining songs at all if they did. You can hear several musical influences in both of these songs such as the blues, it’s even more pronounced in later fare, whereas many other bluegrass outfits prefer a folkier approach to their music.

They share a common dedication to five-star vocal harmonies that pop up in each of the album’s eight songs. Lyrical fiddle is a mainstay on the album as well and it hits its arguable zenith with the song “I’m So Glad I Have a God I Can Call On”. This isn’t a tune that comes out barreling out of its corner ready to get listeners dancing but, instead, a poetic meditation in plain-spoken language about the joy God’s presence brings to the singers. The fiddle answers the traditional vocal with melodic grace that any listener will enjoy.

Banjo and fiddle consistently pair well during these eight songs and one of their peak moments in tandem with each other arrives with the song “Save Me”. It’s a mid-tempo number, the pace breaking some with the slower development of its predecessor, and there’s some interesting passages built into the song’s arrangement. The apocalyptic concerns of the later song “When the Judgement Comes” is different in tone than the songs surrounding it, but it shares similar sentiments. The rough message of facing the end of the world and being prepared for that moment gets some much needed sweetening thanks to the band’s vocal approach.

“The Lord Has Sure Been Good to Me” is another of the album’s unusually long titles and these tracks are Walk on Faith’s best. This is one of the best of the best, however, as the vocal treatment outstrips even the fine performance listeners have heard so far. The closer “Nail-Pierced Hands” has an obvious subject matter and it’s another song well in keeping with the general theme of gratefulness dominating the album. It likewise carries on with the customary tone of seeing our own human suffering through what Jesus sacrificed for us and finding our own travails insignificant in comparison. The King James Boys have another jewel in the gospel tradition with Walk on Faith and it has something to offer anyone who loves great music.