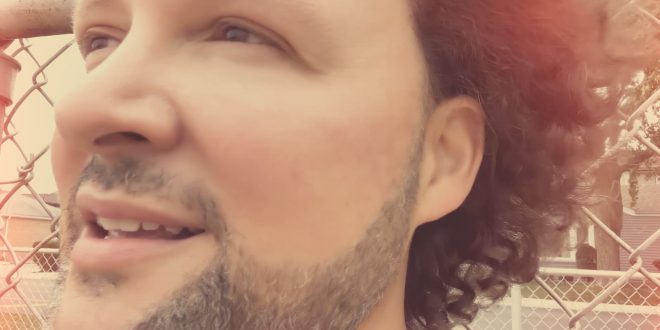 The Chicago-based singer-songwriter, musician, radio host and philanthropist has released a gospel-influenced track and video to benefit the American Cancer Society.

Since 2014, Chicago-based singer-songwriter, Sarantos has won over 51 awards with Akademia LA Music, and Beat 100, while also being nominated for the International Music & Entertainments Awards, Hollywood Music In Media, and the Hollywood Songwriting Awards. A prolific creator, he has pledged to release a new song for charity, every month, for the entirety of his life.  Sarantos continues that streak with his latest, a gospel-influenced track and video, “Believe In Yourself.”  The single will benefit The American Cancer Society.

“I wanted to create an inspiring and motivational song that uplifts the listeners and adds positivity to their lives,” said Sarantos. “Proceeds from the song will be donated to the American Cancer Society, so they can further conduct research and other efforts to find a cure for cancer.”

He continues, “For this music video, I wanted to make it as real as possible. I feel like social media, movies and TV shows kind of continue to glamorize the people we see on our devices, hiding their imperfections and giving us a false window into their reality. Society still makes people want to be someone we aren’t, someone different, someone else.  But this video shows me as I truly am. Hair not fixed, rolled straight out of bed, no make up, no editing for skin imperfections etc. When you see me behind the fence at that unflattering camera angle, yes it’s done on purpose. It symbolizes the fact we’re all hiding in plain sight, in a cage.  I think it’s important to be yourself, always. That’s the simple message of this music video. Please don’t ever forget that you are enough. Please believe in yourself, because I certainly do!”

Watch “Believe In Yourself” at https://www.youtube.com/watch?v=NhRvgRLHquM

ABOUT SARANTOS: With more than 300K Spotify streams of his recent single releases, which include several international iTunes chart-toppers, Sarantos is an independent musician who crafts everything himself, from composition to lyrics. His talent has been recognized both on a national and overseas level, having won major industry awards.  He has had numerous media placements for his songs, instrumentals & cues. For more information, please visit www.melogia.com