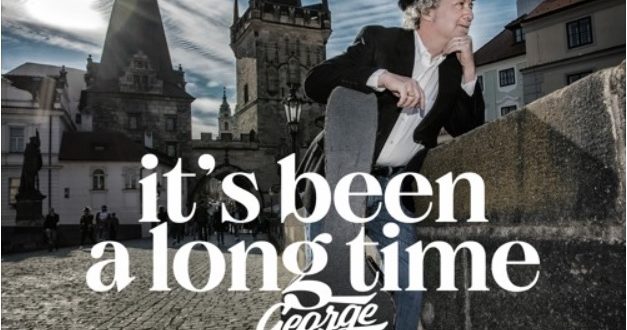 George Collins writes music that examines the human experience with catchy pop rock hooks and songwriting flair. His sound is reminiscent of an even mix of The Beatles, Wilco, Counting Crows, and The Dave Matthews Band. In fact, he even used to perform in an eleven-piece Earth, Wind & Fire-esque band called Common Knowledge in his college years, which included Carter Beauford and the late LeRoi Moore. Beauford and Moore later became founding members of The Dave Matthews Band.

“While backstage with Carter and Dave during their most recent concert in Prague in 2019, I joked that I was in The Dave Matthews Band even before Dave Matthews,” Collins says with a good-natured laugh. “They both burst out laughing, and Dave clicked his beer bottle to mine and said, ‘If anyone ever asks me about that, I will back you up one hundred percent!’”

‘It’s Been a Long Time’ is his first release of many to come. The 5 song EP features songs about love and life, most notably in the jazzy pop rock “Toward the Light” and the anthem-like pop rock “Down Easy.”

“Toward The Light” is almost an existential meditation in song, replete with dreamy guitar textures and impressionistic jazz chords that he wrote when he was 23. George realized that with this youthful song he had not only reached deep into his soul but also charted the course for the rest of his life – the lyrics he had penned as a student finally made sense to him in late middle-age.

“Down Easy” has a Counting Crows and The Beatles sound that gives it the anthem vibe. It’s about a stolen moment of ill-fated barroom passion. The chorus goes “So I’ve gotta let you down/ Down easy /I’m gonna let you down / Down slow / I’d really love to love ya / But I already have another / If that don’t work I’ll be sure to let you know.”

George Collins truly understands music and it’s ability to bring people together. He creates songs that stick with you and keeps you coming back for more. Be sure to give him a listen!

Stephen Vicino is the founder of MusicExistence.com. He created this site to give talented musicians a voice and a way to be discovered.
@@svicino
Previous Present Company Released New Album ‘Present Company’
Next New Album – Jake Haze “1985”