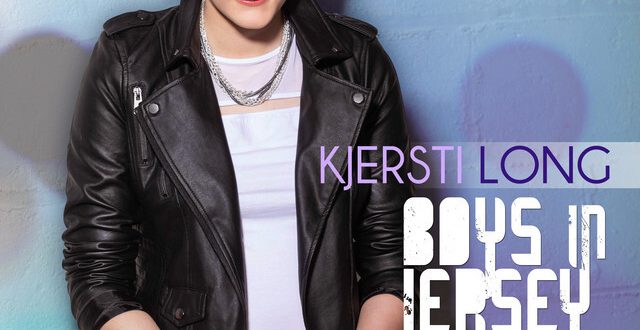 “I’m so over the big-headed rock kids, and their shirts with Nirvana from Target / That’s life here in the Garden State, But I don’t want it that way,” we’re told by an honest Kjersti Long in her new single “Boys in Jersey,” these lines deliberately rejecting the cultural slack that has become the basis for modern rock today. She isn’t mincing words in this performance, but instead making it clear what her real aim is; to sabotage the pop posers who stand in the way of developing a real alternative to mainstream mundanity this autumn.

The mood in this track is made by the melodic backdrop and not just the lyrics, which is another area where Long isn’t going after the standard in pop at all. She’s shooting a lot higher than some of her closest rivals in the underground know how to reach, and it’s largely thanks to her ambitiousness at the mic. The atmosphere here isn’t relying on indulgence to sound bold and beautiful, but instead on the very presence of this singer, whose voice puts a stamp on the story being told here long before we have a chance to put together the linguistic narrative for ourselves.

A gripping tonal presence can definitely be credited with giving this singer an edge over her competition at the moment, but it’s ultimately going to be her melodic wit that wins over the majority of listeners who experience her music this month. “Boys in Jersey” is an adept exhibition of her skills as well as her depth with songwriting, and hopefully her next release will highlight other areas of her artistry that aren’t as audible in this performance. Whatever they may be, as long as they’re able to stand by the voice this player is using as her secret weapon, she’ll be looking at another hit.