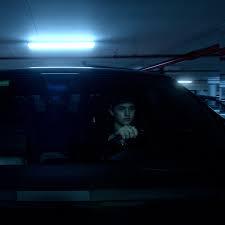 While the summer might be over, the never-ending quest for the Song of The Summer rages on, undying. Every artist in the vicinity of being even remotely considered as a pop artist will throw in their hats year-round for the hopes of late bloomer anthems hitting the airwaves the following summer, or for the sleeper hits to carry over their pop-driven weight for months to come. Ever since the pandemic lockdown happened, however, the pop industry has seen a shakeup in what it means to be the next big thing — suddenly, it wasn’t artists chosen by the labels, but artists crafting songs out of their bedrooms from beats made on their laptops.

Enter icons such as Charli XCX, Lil Nas X, and Billie Eilish, three major artists who took the lockdown as an opportunity to make their music as personal as it could be. In the indie scene, a major boom was afoot just the same, and artists such as DICI were finally making their move. In the years since there has certainly been pushback to the indie scene being taken seriously, but DICI isn’t resting on his laurels; he’s been doubling down on his work ethic ever since.

DICI’s latest single arrives in the form of “Beautiful Collision,” a new twist on his usual rap-focused approach to music. Gone are the rap verses, replaced instead entirely with sharp melodies over fresh production — like I said, nobody is going to catch DICI biding his time, and once you expect him to zig one way, he zags in the other. It’s an impressive work ethic for someone who was finishing up high school at the tail end of the pandemic, but that’s the beauty in DICI’s entire act; he’s one of the hungriest. most determined artists to come from independent rap in a long time, and he’s not going to let you forget it.

As someone with a self-proclaimed work schedule of 12-hour studio days for over a year and a half, DICI certainly walks the walk and talks the talk. It’s refreshing to come across someone who eats, breathes, and drinks their musical career and can devote themselves to it wholly without worrying about ad deals and whatever other pies they can stick their fingers into. “Beautiful Collision” shows the dedication from DICI firsthand as it balances lyrics of chaotic romance with instrumentals that feel almost ahead of their time.

“So don’t stop me from believing / Know looks can be deceiving / I’ve been wasting all of my decisions / On our f***ed up beautiful collision.” Allowing the lyrics to deliver punches as hard as this gives the song a deeper sense of relatability and credibility; it falls in line with alternative rap stars such as Blackbear and Lil Peep, almost veering into “emo rap,” for lack of a better genre. There’s a new era fast approaching for the next generation of pop musicians, and the duality it takes for artists such as DICI to effortlessly bounce between cousin genres such as rap and pop is what it’s going to take to stay relevant. DICI’s “Beautiful Collision” is a fantastic new step for him as an artist growing in an unknown era, and it will go down as a necessary staple in his ever-expanding catalog.