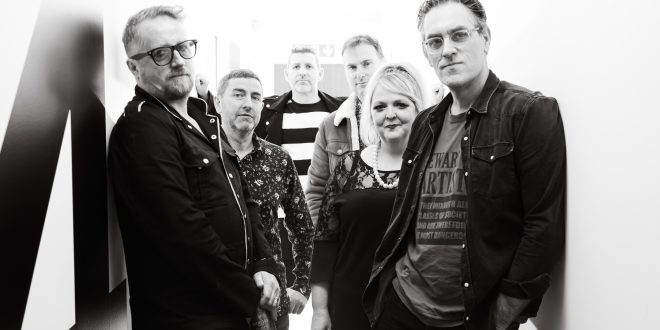 “Waves was written by Jody and myself over the course of a lazy Sunday afternoon in August,” explains guitarist Niall. “It started with some guitar chords and the melody and the lyrics flowed from there. It’s a song about obsession. We got together a week later in the studio and recorded it with the other four Jerms.”

“Waves” is now available across all major streaming platforms. Listen to it on Spotify now or watch the video on YouTube below.

Jody and the Jerms formed in the Summer of 2019 in Oxford, England, and have been writing, recording, and playing their infectious blend of melodic and uplifting indie/alt/jangle rock ever since – with national airtime on Radio X (UK), Rodney Bingenheimer on Sirius XM (USA), RTVE (Spain) and BBC 6 Music. The six-piece band – or sextet – released their second album Flicker in March 2022, followed by extensive UK touring.

With a prolific writing and recording ethic, the band is already planning the next album release in March of 2023 and plenty more live dates home and abroad.

Connect With Jody and the Jerms: