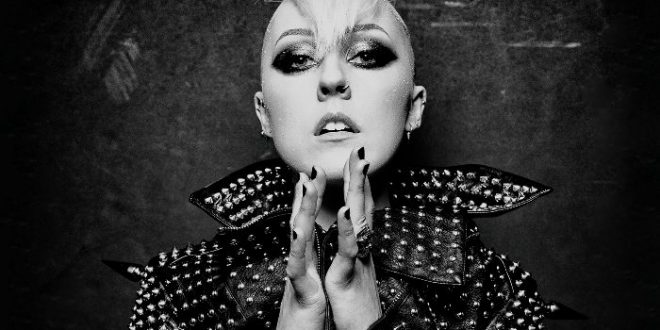 Electronic/industrial musician, Josie Pace has been relentlessly paving her own road in the music scene blending rock, pop and industrial sounds.  After a number of singles and EPs not to mention noteworthy live shows in and outside of her hometown of Detroit,  her path has taken her to her debut full-length release, IV0X10V5. She’s also preparing to go out on the road this fall as an opening act for electronic act, Aesthetic Perfection.

Hello and welcome to Music Existence.  We’ve just learned that you’re about to hit the road opening for Aesthetic Perfection and promoting your debit album.  Yet you’ve been releasing singles for a few years.  Why a change to a full album now and physical product?

When Ken Roberts and I had first started working on music together we decided that releasing singles and music videos every few months was the best way to gain momentum in the industry and the scene. After we had quite a few singles and videos released we decided it would be a good time to shop for a label and release a full length album. And it has been going amazingly! We released the album shortly after being signed with Negative Gain Productions and we were asked to join on the American Psycho Tour a few months after the release. I am very excited to be getting out on the road for the first time and to be able to meet so many new faces along the way.

How does your studio setup transfer to your live set up? In other words, what do you take and what do you leave?

Ken Roberts has a large collection on vintage synths. It would be very difficult to take those synths live. Most synths like the Roland Jupiter 8 or Sequential Prophet 5 are too expensive and too delicate for the road. So he uses two Nord Leads and faithfully recreates the sounds from the record he performs live.

Speaking of performing live, how much of the upcoming tour setlist will be from the new album and how much will be previous material?

All of the set list except two songs will be from the “IV0X10V5” album. The other two songs being “Pure Morning” done with my friend Sammi Doll and was released right before the album. And the other song (hopefully) is an unreleased song. It will be on an EP that we are planning to release some time in 2023.

Have you ever had an unexpected accident playing live and had to recover quickly? How’d you do so?

Oh gosh yes. Recently even! I was playing a show here in Detroit at Small’s. It was one of the first shows we played without a drummer to prepare for the upcoming tour since we unfortunately have to do without a drummer. I wasn’t used to so much room to work with! Obviously in the middle of summer it’s going to get very hot as well. My top was starting to stick to my skin and at the beginning of “Even if it Kills Me” the top stuck to my skin and unhooked in the back! Luckily I caught it before anyone was flashed and had to hook it back up and get right back into my performance. We all laughed about it and now I take extra precaution in securing my outfits, even going so far as to stitching myself into them and cutting myself out after.

Can you talk about how your writing dynamic changed after you met your working partner, Ken Roberts?

The only thing that has changed is the quickness of how I need to write now. Before I started working with Ken I had wrote whenever and stocked up some songs that I thought were good. Once Ken and I had started working I had to deliver songs quickly to keep momentum. Though nothing about my initial process of writing changed, we had to find a way to take my acoustic songs and transpose them into electronic/ industrial songs. We’ve got it down to a science now. I’ll finish a song on my guitar and bring it into the studio and we talk about what we hear out of the song. We go through it section by section and he picks sounds and synths that he feels fit well. I definitely have a say in what sounds I like and don’t like but over all Ken is the synth guru. After getting a rough demo of the song we start laying down the final vocals and mixing it, and mastering comes whenever we are going to release the song.

What two tracks on the new album were the most challenging to compose technically or emotionally? Why?

Emotionally “Vicious” was the most challenging. I wrote this song right after my very close friend died in a car accident. I just remember being on auto pilot for a long time after that. Just trying to get through each day. Finally I had let myself sit down and write out how I was feeling and “Vicious” came to be. The lyrics are contemplating how if there were no terrible lows in our life, like the passing of a close friend, would there be any highs? It is all of my anger on losing her when she was so so young.

Technically I think revisiting some of the pre released songs like “’til the End” was hard. We had released it some time ago but needed to re visit it and re mix and master it to be up to par with the newer songs. The toms in the beginning of that song were a pain! But we pushed through it and all of the songs sound ballsy and fit well with each other and the premise of the album.

You have a pretty unique mixture of sounds on the new album,  IV0X10V5. For someone attending one of the shows on the upcoming tour who perhaps has not heard of you previously, what artists might they have heard of that might lead them to be a fan of your music?

I think Nine Inch Nails is a band that everyone would know and could make a bit of an assumption about. I think we have hooks and melody similar to NIN. I would also say we are pretty similar to IAMX, being more of a synth driven band rather than guitar. Chris (of IAMX) also sings, no screams, just his pure vocal. Don’t get me wrong, I listen to a ton of screamo music, but I’ve not perfected the art of screaming as of yet and I enjoy showcasing my vocal techniques.

There’s a quote on the About section of your site that states, “a pulsating sound that will haunt you with vulnerability while basking in Josie’s world of self-reflection and unapologetic rock and roll attitude”. Expand on the “vulnerability” and “self reflection” aspects of your work if you don’t mind.

All of my songs are little pieces of myself and they are all written about moments in my own life. It’s like wearing my heart on my sleeve each time I perform them. I give a lot of myself in each song and I think that is what makes them so relatable. They are actual feelings from actual moments. We as humans pick up on authenticity and we relate to things that pull our own heartstrings.

With all the obsession surrounding social media algorithms and their changes, how do you navigate success? Where do you see things changing in the near future?

I understand the importance of having a presence on social media but it is one of my least favorite things to be worrying about. Obviously it is a great way to reach new people all across the globe but creating the music and living life to attain moments and memories to write about is most important. I always like to post about new music or when I am in the studio or filming music videos and we make sure to get the news out about shows and tours. But we try not to become too wrapped up in the shroud of social media because it does take a toll on your mental state. Taking a step back to ground myself and to remember that I know myself better than anyone. I’m hoping that in the future, social media wont have such a choke hold on society. It’s definitely a great tool but I feel like we need to live our lives outside of our phones.

We are endorsed by the wonderful 64 Audio. I use my custom sparkle in ears at every show and they are so amazing. I have quite small and finicky ears and using these at every show has really helped keep my ears healthy and happy. We are also endorsed by Sequential which we use a ton on new songs and the songs on the album. And Icon Pro Audio, you can see one of their microphones being used in my music video for my song “Future”.

For further information on Josie: 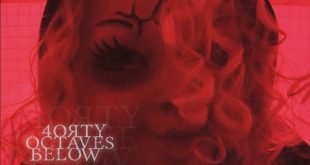 40 Octaves Below bring retribution on “Splintered” 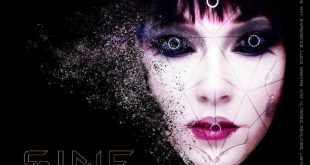