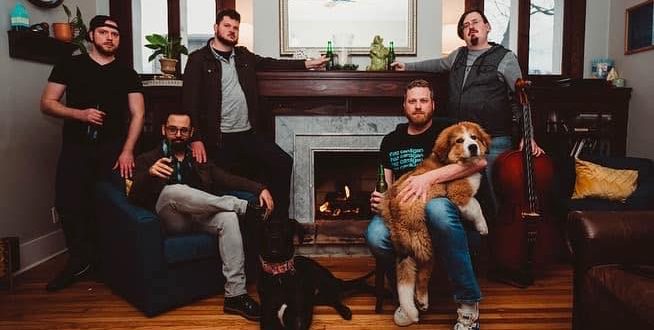 Pittsburgh, PA indie rock band Standard Broadcast has released their newest single, “I Meant What I Said”. The indie rock track blurs the lines between classic rock, indie alternative like Cursive mainstream pop rock like The Fray. The single is part of a planned album, due out in Spring/Summer of 2023.

As far as the writing process, “I Meant What I Said” fell together easily and was a true group effort. “This was a super fun song that we wrote in one night. There was lyric input from almost every band member, which was a blast!”

The track was recorded by six-time Grammy Award-winning producer Jimmy Hoyson at The Vault Recording Studio. “Jimmy is amazing, super down to earth, and very easy to get along with.” said the and. “He obviously has a fantastic ear but along with that, he’s just got a great knack for musical composition.” In fact, Hoyson is responsible for the bridge on “I Meant What I Said”. “He liked our first take but told us we had to go back and figure out a bridge for the song. That was super cool and really lets you know he cares about the project.”

Standard Broadcast’s previous release, “Nothing Left”, premiered on Pittsburgh’s classic rock station 102.5 WDVE. The band also had the honor of recording the track “Cruisin’” by Smokey Robinson. Lead singer Nathan Jay has known Mr. Robinson and his wife Frances for over 15 years. “They asked us if we would record that track…which of course we did! They were even kind enough to let us record the music video in their home and use Smokey’s piano!”

Standard Broadcast is fronted by Nathan Jay on piano and vocals, along with Leland Shaw (cello), Adam Seymour (guitar), Thomas Persson (bass), and Patrick Riley (drums). Formed in 2014, Nathan and Leland set out to create a more dynamic, catchy feel, without the traditional guitar/bass ensemble. After six months of songwriting, the duo went on to add hip-hop-driven beats. Add to that Nathan’s rhythmic piano skills and rock-inspired vocals, along with Leland’s classically trained cello experience, and their music developed into an indie flare. The band rounded out their lineup and is now a full five-piece outfit completely locked into their own unique sound.

The band is celebrating with a performance at Indie-Rockfest at Thunderbird Music Hall on Saturday, November 12th. This is the 6th annual Indie-Rockfest, a festival the band founded to raise money for independent musicians in Pittsburgh.