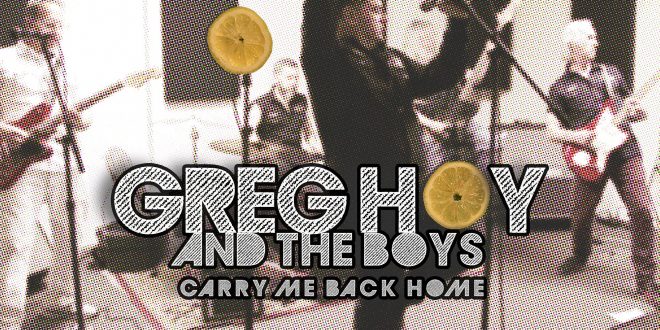 Greg Hoy & The Boys’ “Carry Me Back Home” isn’t the sort of song you’d want to suggest as an ode to moderation and its joys. Hoy’s written something much different. It’s a paean to the sort of friends who see you embarrass yourself at a bar yet have the love to stay at your side all night and have your back. It seizes upon such moments as evidence for that sort of true friendship, but “Carry Me Back Home” implies greater depths, of course, without ever spelling them out.

It’s rock and roll through and through, that’s for sure. Hoy and his bandmates never deal out a stereotypical four-on-the-floor blast of retro rock. The playing during “Carry Me Back Home” focuses, instead, on maintaining and slightly elaborating on the woozy groove Hoy establishes out of the gate. It has an atmosphere full of revel without ever sounding out of control; camaraderie crackles from the song.

It’s easily relatable without ever sounding lowbrow. Hoy and his bandmates fly a flag for their music and the song’s themes throughout the song and, though it is tattered, they raise it high. The Boys lock down a loose Stonesy weave in some ways, but you hear a faint smattering of punk sparking just below the arrangement’s surface. Hoy and his confederates aren’t taking the song too seriously, but they aren’t tossing it off either.

The video for the song captures both the flavor of the song and makes an actual visual statement as well. Greg Hoy and The Boys communicate relaxed but deep ties throughout the clip. It doesn’t come across as fake and overly rehearsed. Instead, the scenes and shots unfolding over the course of the song’s video come across like footage that has been captured on the sly and sparkles with something of the real people behind this song.

Hoy and his musical partners are offering something that comes off straight-forward. It’s deceptively simple. “Carry Me Back Home” plays like a song that burst full-born from Hoy and the musician’s heads and hands, a natural utterance they didn’t have to work at, and the easy-going charisma wins you over. The best bands and artists always make it sound easy and “Carry Me Back Home” finds Hoy and his band joining that company.

Hoy’s wide open voice and capacity for variation give the song key color. Nate Fink and Paul Labrise’s guitars have a low growl especially suitable for the sinewy rough and ready rock and roll that Hoy and the Boys obviously love. The band builds on a tight and punchy rhythm section attack, as well, thanks to David E. Richman’s drumming and bass playing from Tom Emmerling. The pieces are well-aligned for Hoy to make a lasting impact with “Carry Me Back Home” and he’s ably backed by a band capable to meeting the moment and carrying him even further onward. This is the sort of high-quality song that will convince listeners to get moving and, even better, it will keep them coming back for more. 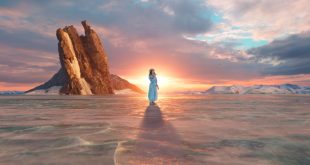