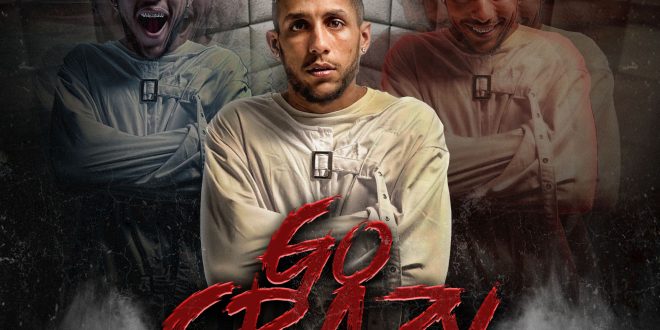 There’s no need for debate – hip-hop is the biggest style of pop music on the face of the earth right now, and if you’re going to make it as a rapper in this current scene, you’ve got to be a cut above the rest. While I only just recently started listening to Alpha Hugo, I think he’s onto something that could bring him a lot of exposure in the Atlanta scene with his new singles “Go Crazy” and “Cancer Symptoms,” and for those who are unsure about following any indie players coming out of the ATL right now, he’s a rapper I recommend making an exception for.

While “Go Crazy” has a crushing bottom end that would have been intimidating for a lot of artists to contend with, there’s no sign of sweat in Alpha Hugo’s delivery; truth be told, this is probably the more swaggering of the two performances here. “Cancer Symptoms” is more controlled, but the same vitality is driving both of these songs to feel more complete than what the status quo would call for. As a songwriter, I think this guy has mad skills that need to be cultivated under the influence of surrealism, which is only hinted at in both of these releases.

Alpha Hugo deserves a lot more attention from the press and audiences than he’s been getting in his career to date, and “Cancer Symptoms” plus “Go Crazy” spell out plenty of reasons why I think he’s going to be sticking around in the media for a while. He’s not the most outrageous player in Atlanta, but he’s a gutsy artist who wants to put himself out there with some very original beats, and for this reason, I’m recommending those who put hip-hop on a pedestal go out of their way to hear his music this fall.