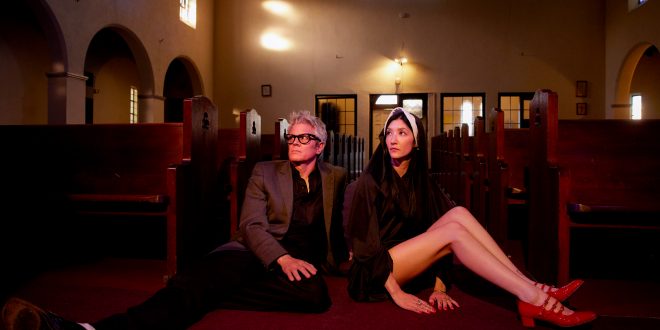 Following the release of her universally acclaimed third album, Couples Only, the defiantly fearless Queen Kwong a.k.a. Carré Callaway has shared the new single “Sad Man” and its accompanying video costarring the iniminable Johnny Knoxville.

An ode to all of the sad men Carré has encountered throughout her time in the music industry, “Sad Man” is dedicated to all “the f*ckboys, the narcissists, the band dudes who think they’re all that,” she notes. It’s an inner dialogue surrounding the desire to ignore the nonsense that comes with a life in LA and being part of the rat race.

Inspired by Abel Ferrara’s 2009 monumental neo-noir film Bad Lieutenant, the video finds Knoxville inhabiting the titular and tortured role that Harvey Keitel embodied. “I knew it would take a really special guy to perform in this video, someone who wasn’t afraid of really embracing what the song represents,” explains Carré.

“Even though the Sad Man video couldn’t be more different than Jackass, I knew Knoxville was the one for it,” she continues. “He’s clearly fearless and has a sense of humor… We danced around, cried and then we went to a church and prayed. Knox was so open to trying everything. It was amazing to work with someone who could have easily been a diva but instead gave 100% of himself to the role, learning all the words and embracing the discomfort. His performance was so powerful that when he started crying, I started crying.”