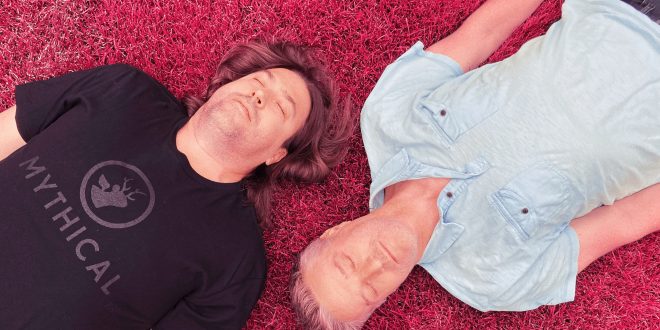 Processed with VSCO with ir1 preset

Forward-thinking garage rock outfit NONĒ SUNSHINE has released “Everything She Said,” an atmospheric, post-grunge-adjacent track inspired by “Pine Barrens,” a critically-lauded episode of The Sopranos, heavily praised for its use of bleak imagery that represents the uncertainty of our own existence. “Everything She Said” – now streaming and available for download on all digital platforms – is patient and calculated as it builds and expands from a vibrant, rock-centered effort into a razor-sharp arena anthem.

Propelled by a wall of frenzied guitar fuzz, NONĒ SUNSHINE’s energetic single swells unapologetically, filtering the track’s soaring and poignant message. Through the band’s ever-intensifying assault of authoritative guitars, the song asks those listening to consider the weight of our crisis of identity and the securities that we unknowingly forfeit in our search for affection, affirmation, and validation. A searing, cautionary tale confronting the flaws of the human condition, “Everything She Said” highlights the cost and consequences of not properly putting your ghosts to rest.

As time and technology progressed, the duo opted to leverage the availability of new tools like Logic Pro X, the Universal Audio suite, Soundbetter, and Fiverr, to finally bring their full musical vision to life. The outcome was as Hyde and Laird had pictured for over 20 years. NONĒ SUNSHINE was officially seen to fruition. The pair shared the stage with Sponge for their first live performance in April 2022. Shortly after, they launched their energetic, tongue-in-cheek debut single S.O.S., mixed by Chris Sheldon (Foo Fighters, The Colour and The Shape) and positioned to record and release their debut LP.

Mixed by multi-platinum producer/mixer, Barrett Jones, the LP will be released in the fall of 2022. “Everything She Said” – the first single from that record – is streaming and available for download on all digital platforms now. You can follow NONĒ SUNSHINE on Instagram at @thenonesunshine.