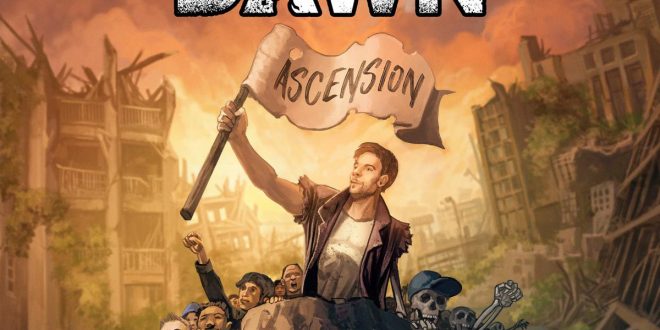 Pistols at Dawn’s new single “The Truth” positions the band to reach a higher level than ever before. It’s both a preview of the band’s album Ascension and a rousing standalone success. Drafting vocalist Cris Hodges into the band is a sign that the band’s creative ambitions are broadening. Their growing confidence and talents lead to a musical sound that’s, in equal turns, hard-hitting and fleet-footed without one quality detracting from the other. The band’s lyrical perspective, as well, is more assertive than ever before and should appeal to a wide audience.

They are a good fit in the modern hard rock/metal landscape without ever being beholden to its tropes. Pistols at Dawn has no difficulty whipping up the expected electric storm and the song’s production frames their music in vivid and muscular light. Producer Sylvia Massy has worked with powerhouse rock bands in the past, namely Tool and System of a Down, and that experience informs every second of the single’s production.

You can’t help but notice the “hop” in the song’s step. It never drags “The Truth” away from its rock roots but does energize it with a push absent in many other bands. They do not content themselves with a single trajectory either. Pistols at Dawn, near the song’s conclusion, shifts into a particularly crushing section that shows their willingness to bring the hammer down when they deem it necessary.

Hodges’ vocals are double tracked at assorted points without ever marring the song. His flexible voice is far more adept than your typical rock singer as it isn’t all one-note anger/attitude. The talents he has for that, however, are undeniable. The video for the song highlights Hodges’ contributions, but it is an overall great promo clip. The color and visual quality are both ideal for the song and there’s a lot of focus on Hodges that gets his tenure as the band’s singer off to the right start.

He has plenty of presence. One of the best parts of his performance is that he never presses too hard trying to milk the moment. Hodges, instead, shows great attentiveness to the song’s purpose and modulates his performance accordingly. Make no mistake, however – he fully realizes the potential of the moment. Adding him to the band’s long-standing existing lineup is an unqualified success.

He’s come into a band with several invigorating singles and two preceding EP’s under their belt. Pistols at Dawn have played together for a long time and “The Truth” sounds like the band has a new lease on life, but not in the conventional sense. Instead, it sounds like their possibilities are far more numerous than ever before. Guitarist/vocalist David Johnson, drummer Joe Melnyk, and bassist Damon Gregg have crackling chemistry for rock music, and “The Truth” sounds like a band beginning to do more than scratch the surface of their potential. Ascension promises to be their most important release and it is a safe bet other rock tracks just as powerful as this is awaiting us.