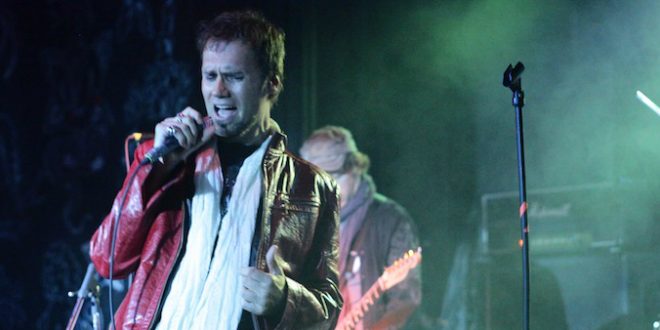 It’s no overstatement to say that the last decade has been pretty rough for rock n’ roll and those who worship at the altar of its aesthetics, but with the release of their new single “The Future,” rockers Love Crushed Velvet are trying to get this style of music back on the right track – with interesting results to put it quite mildly. Although this is hardly a reinvention of the values atop which rock was founded, “The Future” does meld some provocative elements for the benefit of its audience, who are more likely than not desperate for any kind of heavy metal thunder this August.

For those who are seeking out the funereal beats of Black Sabbath, you might be a little surprised to find the urgency in this rhythm, especially as it relates to the rather thoughtful lead vocal at the helm of the composition. These lyrics are pretty subtextual, but they’re not sarcastic; there’s emotion coming from our singer’s soul and there’s no filter to get between his message and us. There is no pushback from the bottom end to be found as flow is the main aim of Love Crushed Velvet in their performance, and in this specific area, they really hit one out of the park.

There are still some departments in which this band needs to keep growing and working on refinement for their sound and artistry, but overall I think they’re on the road to conquering arenas with the essence of “The Future.” This is a quality composition and a well-executed performance on the part of the players, and with a bit more polish on the production quality for both the song and the music video it inspired, this release could be a proper segue into the mainstream that so many artists covet on the underground level.